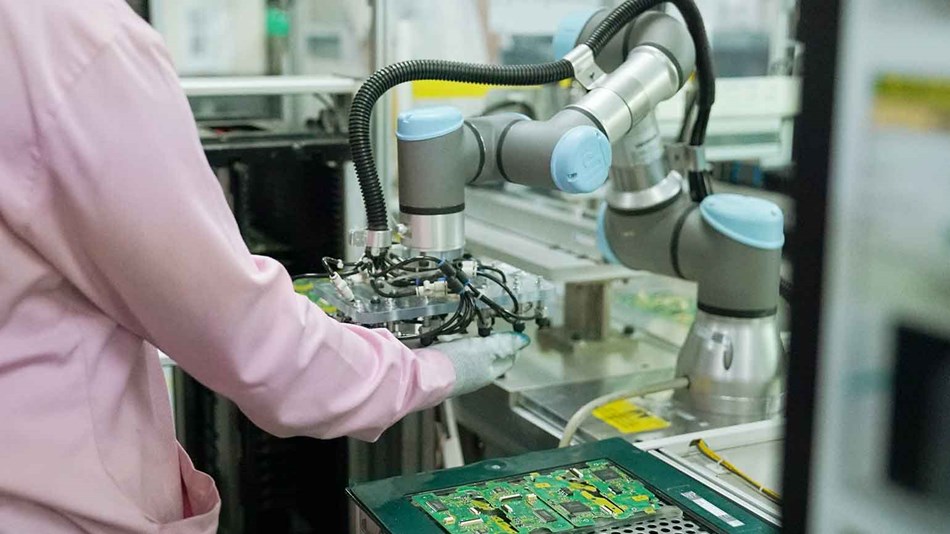 Universal Robots is optimistic about expanding its presence in Vietnam in line with the Vietnamese government’s increasing focus on Industry 4.0.

Frost & Sullivan estimates that the total automation and control market in Vietnam will be worth $184.5 million by 2021.

Present in the country since 2016, UR distributes cobots through its Vietnamese technology distributor and system integrator partners – Servo Dynamics Engineering and Tan Phat Automation JSC.

In Vietnam, cobots are deployed in industries such as automotive, electronics, textile, footwear and food processing industries.

“Cobot demand is rising in Vietnam as businesses are recognising the importance of employing advanced technology and robotics to maintain a competitive advantage,” says Shermine Gotfredsen, General Manager, Southeast Asia and Oceania.

“Furthermore, the government has made Industry 4.0 a top priority, developing action plans to accelerate the adoption of new automated technology, and attract more foreign investors,” she added.

In Vietnam, UR cobots are improving production efficiency and workers’ safety at Meiko Trading and Engineering Co., Ltd Vietnam, a PCB board manufacturer.

“The cobots’ small footprint, flexibility and safety relieved our operators from repetitive and strenuous tasks, providing ease of use and raising the level of work satisfaction in the company,” says Tuan Anh Tran, deputy Manager, automation and sales, Meiko Trading and Engineering, Vietnam.

Deployment of robots in Vietnam is still low in the region. In Southeast Asia, robot density is led by Singapore with 488 units per 10,000 employees, followed by Thailand and Malaysia with 45 units and 34 units each.

Early this year, Vietnam was named among the countries least prepared for the Fourth Industrial Era by a World Economic Forum report, ranking low in terms of innovation and technology. Refuting this claim, the government has been aggressively focusing on developing initiatives and legislations to speed its progress in the era.

Among the efforts include the 2011-2020 Strategy for Science and Technology Development to enhance economic competitiveness and speed up industrialisation, prioritising the importance of industrial robots and hi-tech automation.

The Vietnamese economy is one of the fastest growing in the world. The country recorded a 6.8 per cent increase in GDP last year on the back of a humming manufacturing sector. The economy in 2017 was worth $223 billion.