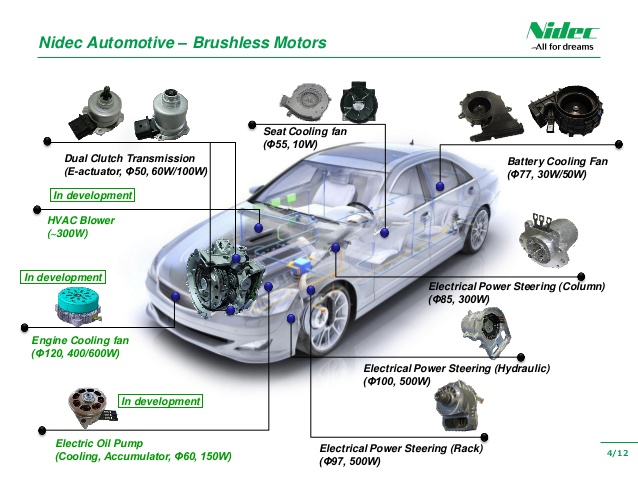 According to Nikkei, the first of the five acquisition targets is MS-Graessner, which makes speed-reducing gearboxes which fit into the joints of robotic arms.

The MS-Graessner purchase is predicted to cost around $45 million.

In total, Nikkei reports that Nidec is planning to spend $450 million on the five acquisitions.

Although the other takeover targets were not named, the report says they will take place in the first three months of next year.

Nidec’s overall aim is to expand its capabilities in making robot parts in Europe, where it could supply leading robot makers such as ABB and Kuka.

At the moment, some of its biggest customers are probably the Asian robot makers such as Yaskawa and Fanuc.

China is growing fast, with many new robot makers emerging there, and this is probably what is accounting for Nidec’s recent bumper profits.

As well as expanding its industrial components operations, the company is looking to diversify into the autonomous road vehicles market.