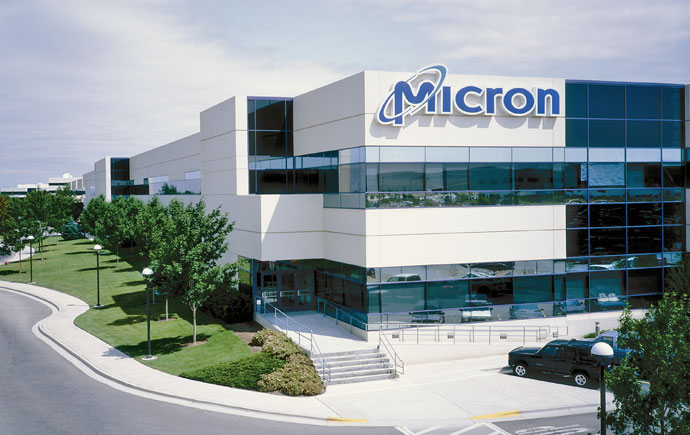 It may or may not have anything to do with the new US administration’s policies, but Boise, the capital city of the state of Idaho, is seeing the local economy grow very fast, and it includes a manufacturing company that may surprise some.

The state’s industrial sector is expanding and diversifying so fast that the Boise State University has organized a smart manufacturing workshop to highlight the latest technologies and techniques to local manufacturers.

Organised in collaboration with TechHelp, which provides specialist manufacturing consultancy services, the event will also host experts from Intel and NexCOBOT.

The event will take an in-depth look into advanced manufacturing systems, and there are no industrial activities that need the latest technologies more than semiconductor manufacturing.

When people think of manufacturers of computer components such as microprocessors, they probably think of Taiwan or some other Asian country.

But, in fact, the city of Boise is home to one of the most well-known manufacturers of random access memory chips, in the form of Micron Technology.

Sales for the quarter were approximately $7.4 billion, which is a 58 percent increase on the same quarter last year, when it was $4.6 billion.

That’s obviously a dramatic increase, and it’s probably what’s behind the surge in the company’s share price.

By “secular”, he probably means the variety of new devices and markets the company’s chips are finding their way into.

These include artificial intelligence, virtual reality, big data centers, smartphones and so on.

“The data market today is very different from the PC-dominated market of the past,” says Mehrotra, as quoted by the Idaho Statesman.

Micron is now one of the five largest manufacturing companies in the world, rubbing shoulders with the “elite”, as it were, and surpassing companies such as Nvidia and Texas Instruments.

Micron is looking for further growth through diversification into even more markets, including robotics and automation technologies, autonomous cars, and any hardware system that requires artificial intelligence.

“We believe artificial intelligence and machine learning and autonomous driving applications will present huge areas of opportunity for Micron,” says Mehrotra in an interview with Wired.

While the state of Idaho, which has a population of just under 2 million, is largely rural and has the same sort of issues as any similar state, Boise’s economic growth has been bringing local unemployment numbers down.

And some of the metropolitan areas are the fastest growing in the entire US.

To sustain and perhaps accelerate this upward trend, Boise State University and its partners, such as TechHelp, which is part of the nationwide Manufacturing Extension Partnership program, are looking to raise the level of local knowledge about the latest industrial technologies.

From collaborative robots to open-source robotics and automation systems, the group is looking to provide entrepreneurs in the area all the information they need to see what is possible in today’s world, even in the area of precision agriculture.

While semiconductor manufacturing requires massive investment in robotics and automation technologies and super-clean labs, much smaller enterprises could make use of collaborative robots and similarly advanced machines which are falling in price all the time.

Very often, however, it’s not just a case of buying a robot and putting it to work, although that is possible with the new machines because they were designed to be easy to use and learn.

But the best way is to get advice from experts about how to maximize efficiency and production in an industrial process using the latest technologies, many of which are now specifically targeting the small and medium enterprise market.