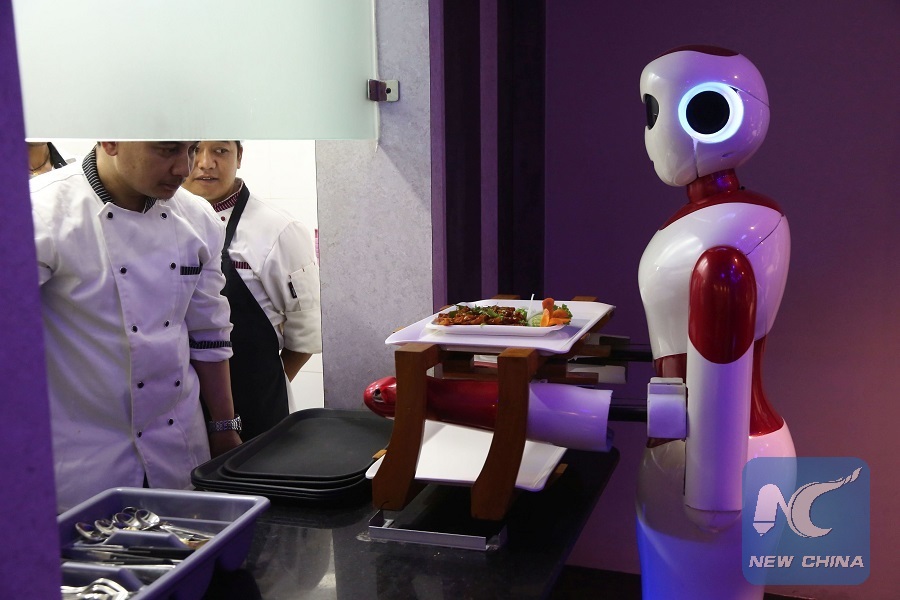 Is there no escape from robots anywhere on Earth? Is there nowhere you can go to get away from these infernal machines?

Of course not, and those are rather naïve questions. When it comes to robots, you can run, but you can’t hide.

Nepal, home to the world’s highest mountain and one of the largest mountain ranges, is largely remote, icy, cold and quiet.

And in the urban areas, modern restaurants cater to a customer base which includes locals as well as tourists from all over the world.

According to a report on Xinhua, a humanoid robot has manipulated its way into a posh Nepalese restaurant in the capital city of Kathmandu.

The robot is using a cover – as a waiter – at the Naulo Restaurant, which says its robot waiter is helpful and saves staff time.

The robot’s maker, Paaila Technology, also owns the restaurant. The six engineers behind the new venture are all specialists in robotics and artificial intelligence.

“We believe that our robot is one of the most advanced service robots in the world which is user-friendly and very easy to operate.”

The one at the restaurant is called Ginger.

Both robots have AI and other capabilities, such as swarm intelligence, speech recognition, natural language processing, auto-dock ability, and other functions.