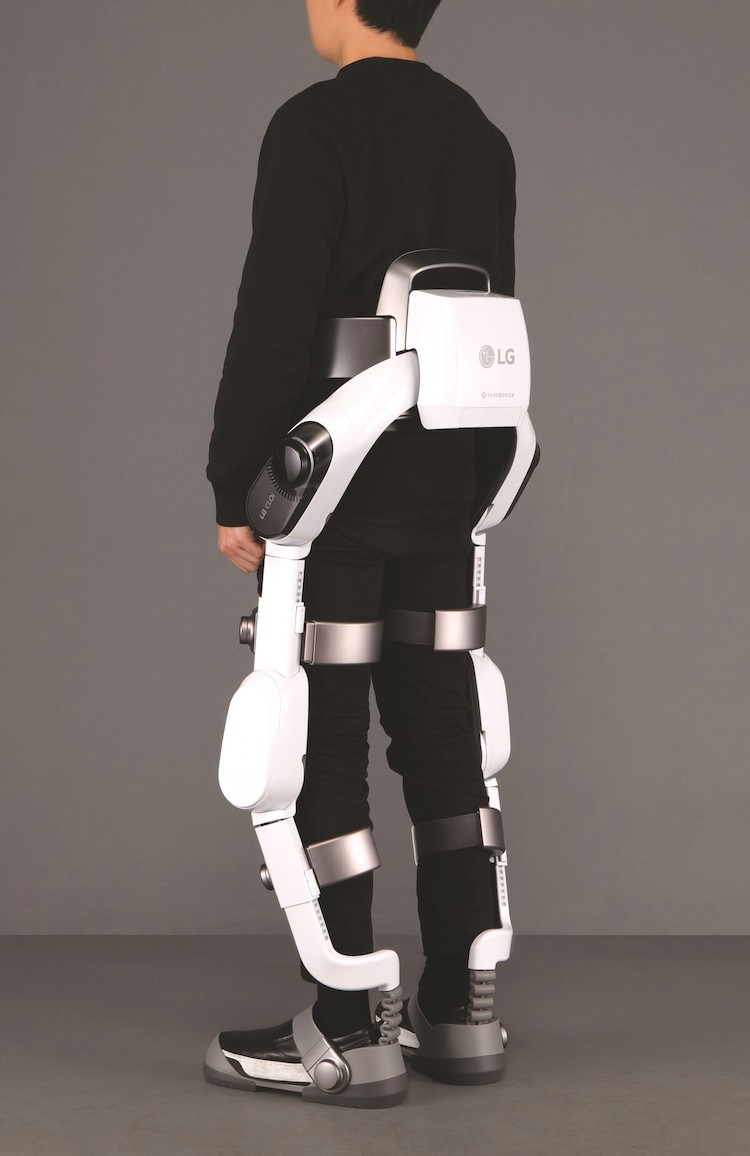 LG says it is focused on becoming a leading developer of service robots in the next decade.

The company says its device is the first “human-centric” wearable robot.

But unlike previously announced robots from LG such as Guide Robot, Cleaning Robot and Serving Robot, the LG CLOi SuitBot doesn’t navigate airport lounges and hotel hallways by itself.

What it does is support and enhance a user’s legs to allow for more mobility and lower limb strength.

Last year LG invested in a startup that develops robots to overcome the limitations of the human body in everyday life.

LG CLOi SuitBot was designed in collaboration with the startup, SG Robotics, which has been studying how wearable robots can improve the quality of life.

LG says the device is a comfortable fit and has naturally rotating joints which allow the CLOi SuitBot to move in a more relaxed and natural way to enhance the lower body while walking, standing or working.

Its sandal-type shoes and automatic adjustment feature allow the wearer to get in and out of the suit more easily, differentiating LG CLOi SuitBot from many other exoskeletons.

And LG CLOi SuitBot can connect to other LG service robots (first announced at CES 2018) to become part of a smart working network to deliver information and tools required at work sites such as manufacturing, logistics and distribution.

LG CLOi service robots are being developed as part of LG’s larger AI initiative for the commercial sector.

AI technology allows LG CLOi SuitBot to learn and evolve through the recognition and analysis of biometric and environment data, measuring and analyzing movements to suggest optimal movements and stances for maximum power efficiency.

Song Dae-hyun, president of LG’s Home Appliance & Air Solution Company, says: “LG CLOi SuitBot is evidence of our full commitment to expanding our portfolio of service robots that deliver tangible convenience and innovation in our lives.

“It’s just one example of a wide range of revolutionary AI products designed to interact with users to dramatically elevate user convenience and create new opportunities to advance our robotics initiative into a next-gen growth engine.”

LG’s booth will be in Hall 18 at IFA in Berlin from August 31 to September 5.