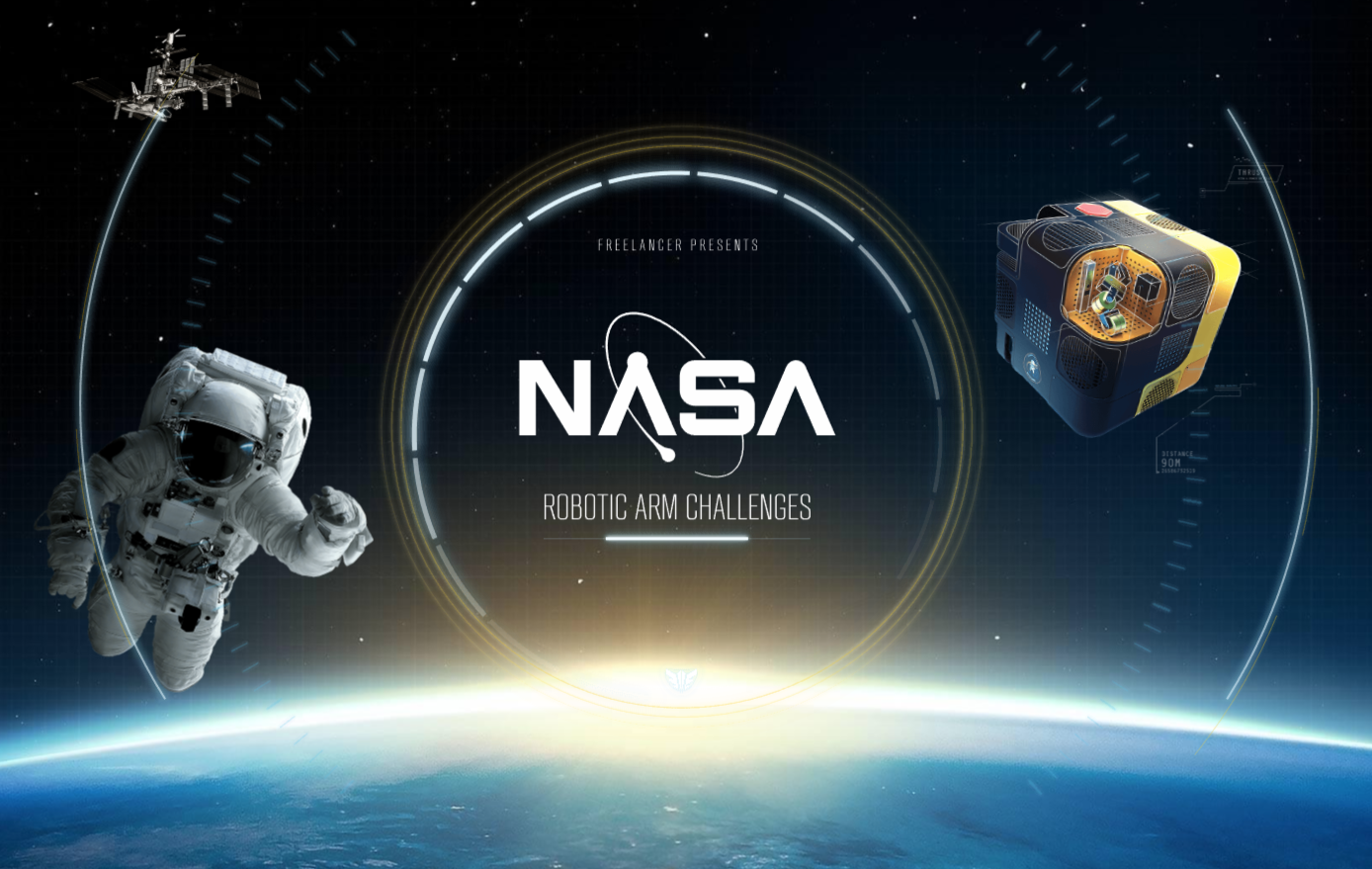 Nasa and Freelancer.com announced three of the winners of the ongoing Astrobee Challenges Series, the latest crowdsourcing contest held by Nasa via Freelancer.com.

In recent years, Nasa has used Freelancer.com to hold several crowdsourcing campaigns in order to find innovative solutions to engineering problems they come across.

This time the Astrobee Challenges Series encouraged participants to design a robotic arm for a project on the International Space Station.

Nasa sought candidates to design alternatives for an attachment and orientation arm for Astrobee, the flying robotic assistant (illustrated below) that will provide support to astronauts on the space station ISS.

Three of the winners have already been selected:

Wunderlin is a 23-year-old university student. He is studying for a master’s degree in mechanical engineering, specializing in liquid rocket propulsion systems.

Wunderlin joined the Nasa Design an Attachment Mechanism challenge applying his knowledge on electronics and control, aerostructures for light-weight design and 3D modeling and design.

“I wanted to challenge myself and see if my work was good enough for Nasa,” says Wunderlin.

Manzano, a 37-year-old conceptual engineer, joined Freelancer.com after being laid off from work over two years ago.

Manzano worked on the Design a Smart Attachment Mechanism challenge and used his skills in 3D design, PCB layout design, manufacturing and circuit design. His experience in robotics and automation also came in handy.

Biswas is a 36-year-old software engineer who was excited to participate in the Design a Simple Deployment Mechanism contest.

He relied on his skills in Mechanical Engineering along with CAD and his knowledge of electronics.

Because the design had to meet very strict requirements in terms of size, weight and power consumption, Amit worked on it for about 2 weeks.

“I am very passionate about robotics in general and space robotics is particularly interesting. I was excited to work on this project right from the beginning,” says Biswas.

Astrobee will be replacing the existing Spheres robot. The free-flying robot is heading for ISS in 2019 and will help astronauts with different tasks ranging from housekeeping to spacecraft monitoring.

It can take direction from Nasa’s Mission Control Center at the agency’s Johnson Space Center in Houston as well as perform tasks autonomously.

The Astrobee Challenges Series is still ongoing as there are nine contests that have not been unlocked yet.

The final challenge is set to conclude in September, 2018.

The Nasa-Freelancer.com collaboration began in 2015 when the Nasa Tournament Lab began piloting contests on Freelancer.com.

Since then, it has continued to open the door to designers and engineers who are ready to showcase their skills regardless of where they come from.