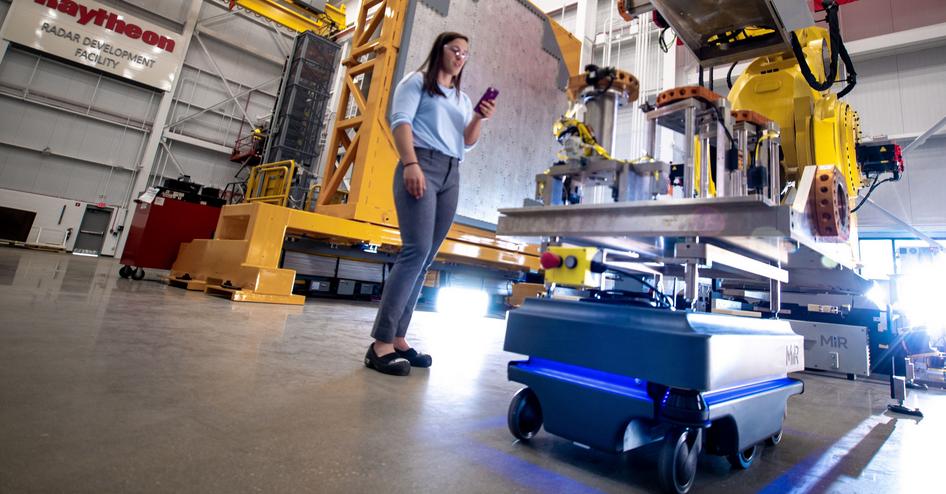 Raytheon Company has opened a $72 million, 30,000 square foot facility on its Andover, Massachusetts-based campus, which is now home to some of the industry’s leading innovations in manufacturing.

“We built the new radar development facility with the future – and our customers – in mind,” said Sarah Jennette, program manager for the project.

“This advanced manufacturing campus now has the ability to work from atoms all the way up to massive radar arrays.”

The new radar facility in Andover supports quality, reliability, repeatability and delivery speed through: Two near field radar test ranges, one of which is now the largest in the company; 1.5 megawatt substation to meet power requirements of current and future radar programs; Autonomous material movement via automated guided vehicles; and the aerospace and defence industry’s first “dual robotic” system for radar array assembly.

“From physical size, to power capabilities, to automated tech, we are building for the future of radar,” said Jennette.

“As the next step in our advanced manufacturing roadmap, it follows on the heels of our recently announced $100 radar manufacturing plant to be built in Forest, Mississippi.”

The new radar development facility is the primary location for integration and testing of current and future radar programs for U.S. and international customers.