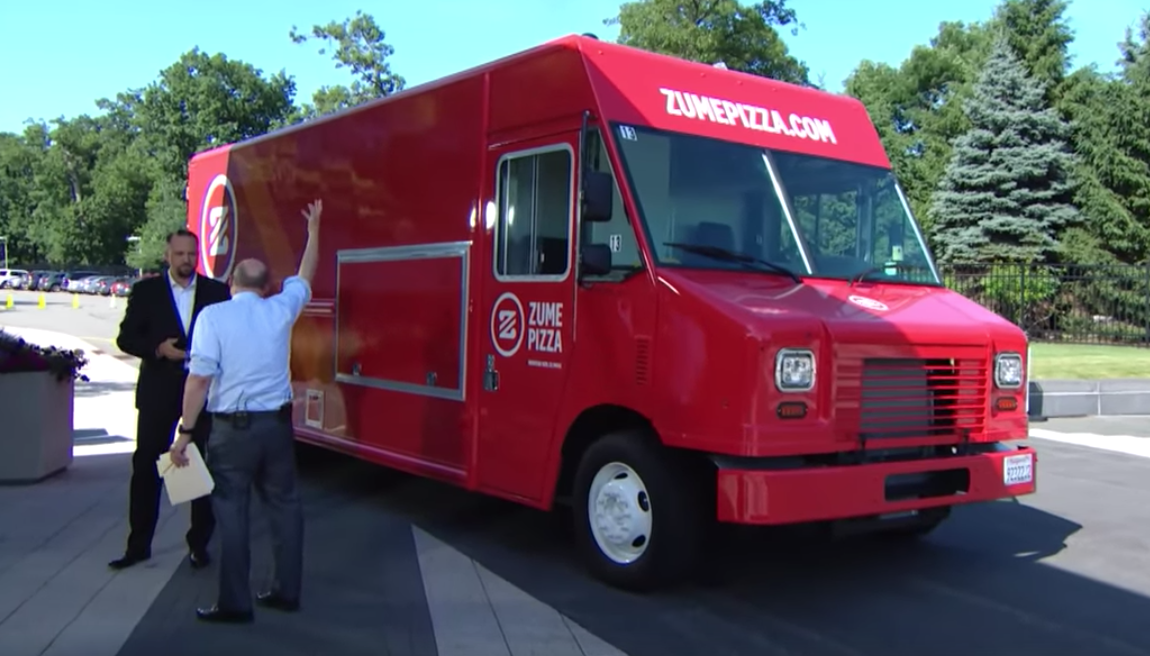 SoftBank is considering investing around $750 million in Zume, according to the Economic Times.

Zume has deloped a pizza delivery system in which robots make pizzas inside trucks while on the road. (See video below.)

The trucks are said to be proprietary and Zume is positioning itself as an automation platform for the food industry.

Speaking to CNBC, Alex Garden, CEO of Zume, says: “This is one of the most complicated things anyone’s ever attempted before.

“We’ve got artificial intelligence, we’ve got logistics networks, we’ve got positioning, we’ve got robotics, automation… I could go on.”

SoftBank has invested hundreds of millions of dollars in a variety of robotics startups, but this would probably be its biggest investment – if it happens.