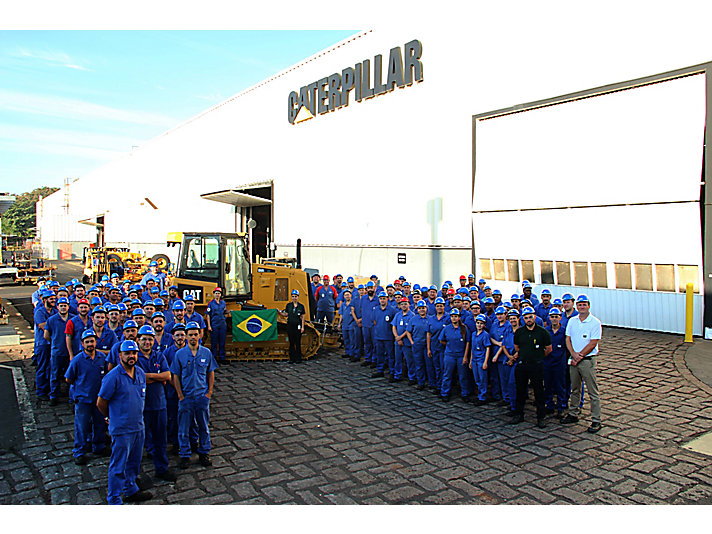 Caterpillar has sold its 50,000th bulldozer produced in Brazil.

He bought the 50,000th bulldozer produced in Brazil, a D6K2, and received the commemorative key from the hands of Fred Istas, vice president of Caterpillar’s earth-moving division.

“It is an honor to present the ceremonial 50,000th tractor key to Mattos & Travensollo. In our journey to deliver value for our customers all over the world, it’s always a wonderful experience to connect the work we do every day back to our end customer,” said Istas.

Diego Travensollo commented that their company’s preference for Cat machines is due to the quality of products and services and the technology available.

“By learning about Caterpillar history during the visit today, it became clear to me how the worldwide team has carried on the legacy of Holt and Best as much in developing engineering and technology solutions as in the customer support,” said DiegoTravensollo.

The D4D was the first track-type tractor produced in Brazilian territory, at a former facility in Santo Amaro city in 1969. Nowadays, the Piracicaba facility produces the models D6K, D6N, D6T and D8R. Piracicaba is also the sole source for the model D8T.

Two Cat used machines and one certainty: that a relationship with Caterpillar would be the “key” to the company’s success. That is how the history of Mattos & Travensollo started 15 years ago in Duardina/SP, southeastern Brazil.

“Our services go beyond (just building) the infrastructure itself, as we have great expertise to offer to our clients during the entire project,” said the owner, Carlos Travensollo.

The first equipment models in their fleet were a 320C Hydraulic Excavator and a 938G2 Wheel Loader. Because of the performance of these machines, it was possible to incorporate the third, then the fourth – and eventually attaining their current fleet of 50 Cat products.

“We have been able to convey to the contractors all the confidence they need to hire a partner that will make them accomplish their goals,” said Travensollo.