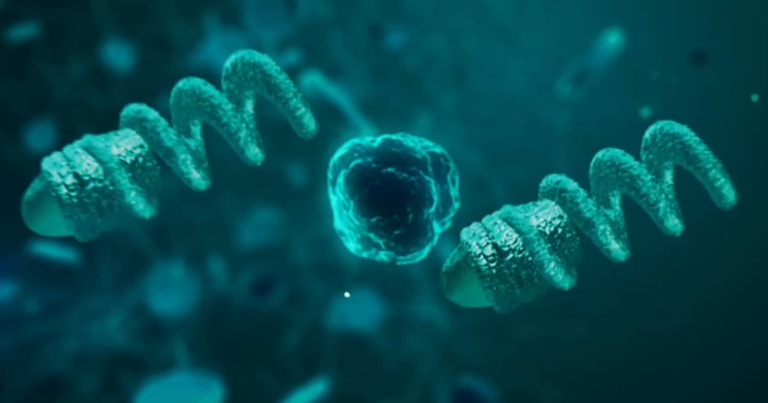 The day when you can choose to have nano robots inserted into your body to rid yourself of some serious disease like cancer, instead of undergoing some sort of surgical procedure, is drawing nearer, but there are many challenges yet to overcome.

Numerous researchers have developed tiny robots that cannot be individually seen by the human eye but which can operate like machines within your bloodstream or other parts of your body.

One example was what could be described as a “swimming nanobot” demonstrated towards the end of last year by scientists at the University of California San Diego.

One of the UCSD research team, Jinxing Li, explained to NanoTechWeb.org: “The nanobot is strong and can propel itself at speeds of up 59.6 µm/s in water, which is around 12 body lengths per second, at a magnetic frequency of 25 Hz.

“It can rapidly reach a desired location and so might be used in many biomedical applications. These include localized diagnostics and treatment – by propagating through the bloodstream to detect cancer cells, for example, or travelling through arteries to remove blood clots.”

Meanwhile, in an interesting Robohub podcast, Professor Peer Fischer pointed out that the human body is extremely dense and very difficult to navigate.

Fischer is a professor of physical chemistry at the University of Stuttgart and heads of the independent Micro Nano and Molecular Systems Lab at the Max Planck Institute for Intelligent Systems in Stuttgart.

He says his work includes using molecules and enzymes to fabricate nano bots, and his work too has resulted in the development of a swimming nano robot.

Given a nanometer is a millionth of a millimeter, this is an extremely difficult task which requires highly specialized equipment.

“With this particular kind of micro-swimmer, we wanted to prove that we can make a shape-changing swimmer that is of the same size as very small micro-organisms,” says Fischer.

He believes that the most promising actuation method is magnetics, meaning that magnets positioned externally around the patient could be used to guide and move the nano robot to where it is required.

And one of the methods being used to propel the nano robot is a corkscrew-like propeller (see main image).

“Each one of these corkscrews has a magnetic movement,” explains Fischer. “It rotates to allow a little propeller to spin.”

The main challenge is making the nano robots small enough to go through the molecular network of body tissue.

“It’s an exciting field because it’s very inter-disciplinary,” says Fischer, who adds that there has been some interest from the industrial sector in the technologies he and his colleagues have developed.