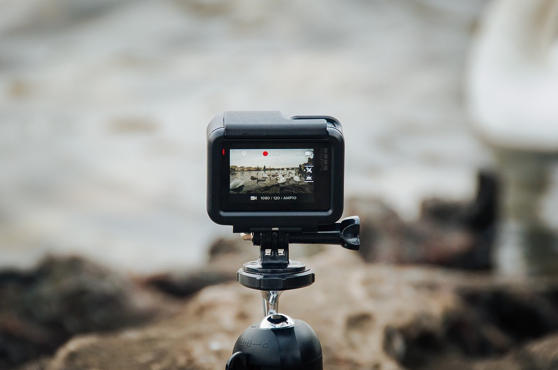 By Rana Tarakji, One SEO

If you are an activity enthusiast who likes to take photos, then you know what a GoPro is. This small action camera has revolutionized how people can document their activities and adventures. It is very small compared to other cameras, waterproof, and virtually indestructible.

Although earlier GoPro versions were initially designed to take HD videos, its capability to take good quality photos have also improved over its development of later versions.

Oftentimes, it is better to use it for what it is meant for – taking “action” videos. Sometimes though, ‘action’ is not fast-paced.

Capturing activity or action on video over a long period of time may also provide a lot of value. These moments can easily be made more impactful when captured as time-lapse videos.

Time-lapse videos are actually a collection of photos taken at intervals. These photos are then put together and played at a faster rate, resulting to a video that looks sped up.

Despite its popularity as an action camera, a GoPro can create awesome time-lapse videos as well.

Here are some tips to help you get started.

There are several ways to create your GoPro time lapse videos. The most common method is to take photos at timed intervals then arrange them to make a video. Next is to shoot a video and raise its speed in post-production. If you have a GoPro Hero4 or Hero5, you have an additional method of creating your time-lapse video – use its 4K Time Lapse Mode feature.

You want your photos taken from the same position and angle. The only way to ensure this is to use a tripod.

Use a memory card with large capacity

You don’t want to run out of space while your GoPro is taking photos or videos. Keep in mind that the method of taking photos only generally takes up less space than taking videos.

Use an extended life battery

Your regular battery might not be enough if you plan to take time-lapse photos over a longer duration. Use one with bigger storage and make sure it is fully charged before you use it.

About the author: Rana Tarakji is an entrepreneur and a contributing writer at One SEO, a digital marketing company in Beirut, Lebanon. Rana is passionate about digital marketing, startups, helping entrepreneurs grow, and empowering them to live their dreams. She has worked as a marketer, a technology co-founder and business developer, and a writer.