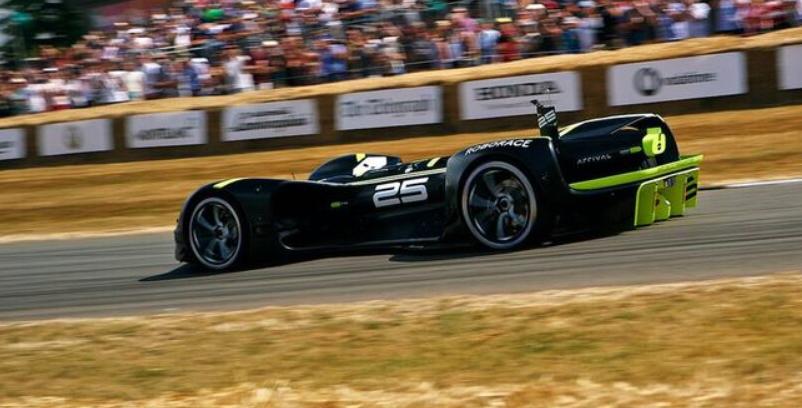 The dynamics of racing — a human driver guiding a powerful machine to reach the finish line as fast as possible — haven’t changed much since the Goodwood Festival of Speed was founded a quarter century ago. Until now.

The Roborace Robocar, a futuristic vehicle designed for the new era of driverless transportation, became the first car to complete the Goodwood hillclimb without a human at the wheel.

“We are ecstatic that the team have been able to achieve this landmark run and we hope that it draws attention to the amazing advances that are being made in the automotive industry,” said Rod Chong, deputy CEO of Roborace.

The Goodwood Festival is an annual weekend-long celebration of racing, with vehicles ranging from classic cars to Formula 1 race cars running their paces in front of a huge crowd.

The feature event, known as the hillclimb, is a 1.16-mile course with a twisting, steady uphill grade, climbing nearly vertical 500 feet.

This race is no Sunday drive — racing enthusiasts describe hillclimbs as the combination of auto racing and mountain climbing. Competitors must carefully navigate bumpy courses and maintain grip on slippery terrain, all while going as fast as possible.

The Roborace Robocar, designed by automotive futurist Daniel Simon — known for his work in Hollywood films such as Oblivion and Tron: Legacy — is a crouching sleek racer made to be driven by artificial intelligence.

The car has no seat, steering wheel or pedals, but packs a punch — four 135kW electric motors power each wheel for a combined 500-plus horsepower.

With the Nvidia Drive platform under the hood, the Robocar can pilot itself autonomously by processing data from camera, radar and lidar sensors in real time.

Using that data, the vehicle is able to determine its location on the hill and detect areas where it can drive on a course surrounded by trees and other obstructions.

Taking a human out of the driver’s seat is a significant feat, not to mention doing so at one of the summer’s largest racing event. However, the car didn’t disappoint, sailing through the uphill climb with a maximum speed of 75 mph.

“Robocar is an ambassador for the future technologies we will see on our roads and we hope that inspirational events like this will change public perceptions of autonomous vehicles,” Chong said.

The historical achievement is a significant milestone toward Roborace’s ultimate goal: establishing a new racing platform without human drivers. Competitors will race software installed in the Robocar, testing the durability and improvisation ability of AI.

Roborace will speak about its progress in autonomous racing at GTC Europe in October.