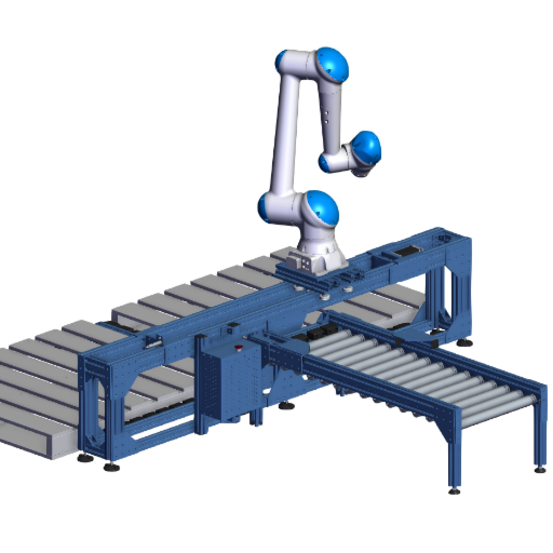 The industrial sector is going through a time of rapid digitalization, with everything in the real world being recreated in the digital realm.

Everything from a component to a complete, complex system – even an entire factory with all the machinery inside – can now be designed, prototyped and built through a computer.

What’s more, you don’t even need the design software to be installed on your machine as there are cloud-based applications available on a pay-as-you-go basis.

Vention is an example of a relatively new online design-to-build service where users can design industrial equipment and have the company ship the parts to them – all within a day or two.

The online 3D design environment is simple to learn and already has numerous components for building such things as assembly jigs, test benches, and robot stands.

It’s already being used by thousands of mechanical engineers from a wide range of companies, including General Electric, Pratt & Whitney and Robotiq.

Moreover, some systems have already been built and are on sale. Examples include the Yaskawa HC10 range extender for palletizing, as shown in the main picture, or the heavy-duty, moveable stand for Universal Robots machines, as pictured below.

Founded in 2016 by a group of mechanical and software engineers who say they were getting frustrated with the time, cost and hassle involved in materializing their mechanical design ideas, Vention claims to be first digital manufacturing platform of its kind.

The founders – which includes CEO Etienne Lacroix, CTO Max Windisch, and COO Mathieu Provencher – say they were influenced by the many years they spent Lego in their younger years.

They say they “understood what it meant to imagine an invention in the morning and get it built in the afternoon”.

This is why the company emphasizes the fast design-to-build time for users. Vention is the founders’ way to “scale up the Lego concept to industrial-grade level”, they say.