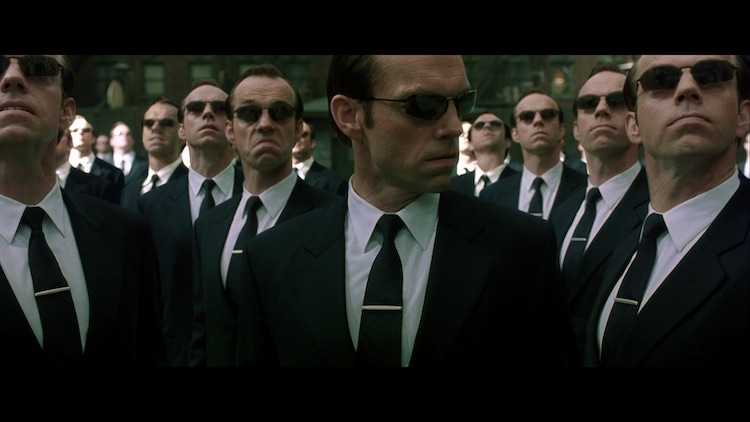 According to a futurologist, by 2050, humans will be able to integrate their brain or mind data into computers which can be encased in a humanoid robot and, thereby, live forever.

This additional capability will keep increasing so that, “by around 2050, 99 per cent of your mind is running on external IT rather than in the meat-ware in your head”.

This human-computer mind-meld will be “seamless”, says Dr Pearson, who is a member of a network of technology futurologists called Futurizon.

So seamless, in fact, that by the time the body conks out and you’re ready to die, there will be no need to “upload” your mind to cloud – “it simply grows into the new platform seamlessly and as far as you are concerned”.

In other words, he says, the mind is “very much still you” and that data can be transferred or connected to a humanoid robot, or “android”, as Pearson says.

From there, of course, you can connect to different androids, of different shapes and sizes and, presumably, they don’t necessarily need to be humanoid, although Dr Pearson doesn’t get into that.

He doesn’t use the word “clone” either, but this is probably what we’re talking about. Many scientists, including ones which have won Nobel prizes, predict human cloning will happen within 50 years.

But Pearson is principally talking about digital clones.

Pearson says: “In principle, you can swap bodies as often as you like, because your mind is resident elsewhere, the android is just a temporary front end, just transport for sensors. You’re sort of immortal, your mind still running just fine, for as long as the servers carry on running it.”

He makes some practical and financial points, saying that some of the developments will depend on how much money you have managed to save, and speculates that the cloud companies which are likely to be hosting your mind data may be owned by “Amazon, Google, Facebook, Apple, or some future equivalent”.

Pearson speculates that these companies may retain some rights over replication, ownership, and licensing. This would enable them to make money from your mental qualities.

“You may in fact no longer own your mind,” says Pearson.

But he stops short of saying whether this sort of thing is happening now, in today’s world.

It’s evident that the film industry seems to choose new actors based on their resemblance to actors who became stars in the past. Similar things happen in the music industry.

Moreover, 3D printing is now capable of using material which is similar to human flesh and skin, so the androids Pearson envisages could be hyper-realistic.

It could also be that not only will the companies store you mind data, they could also have your genetic code, which they could recreate to use to build your android.

Companies that do these things could also subvert your mind and looks and remake you as the exact opposite of what you are, but leaving some recognizable element of you in their creation.

But Pearson doesn’t get into all that, preferring to concentrate on the positive aspects, such as loved ones being able to continue to see a representation of you even after you die.

You could “attend your funeral, and then carry on as before”, says Pearson.

Such a situation is the subject of a recent film, called Marjorie Prime, which we wrote about on this website, although that is just one variation on a popular subject.

Cloning is often featured in films, such as in one of the Matrix series, as shown in the main picture.

Beyond familial considerations, alternatively, you could carry on working and making money through your digital and robotic reincarnation, if one can call it that.

Although it’s not entirely a new idea, Pearson has produced an interesting article and offers some fascinating insights. He doesn’t use the words “artificial intelligence”, which could be even more worrying because it implies that human essence can be distilled into the basic computer programming code – a whole load of if-then and do-while loops.

This is a big subject and one that many people may think needs to be discussed on an ongoing basis because all the elements seem to be present in our contemporary culture for the replications of humans to happen, which would suggest some inevitability about it.

In other words, the technology necessary to replicate humans in highly accurate detail already exists, but should companies or anyone be allowed to go ahead and bring all that technology together and produce highly realistic human-like androids that are indistinguishable from actual, natural-born humans?

Even if most people answer no, at least some will probably think that it’s already happened, and if it hasn’t, it will happen sometime in the future.