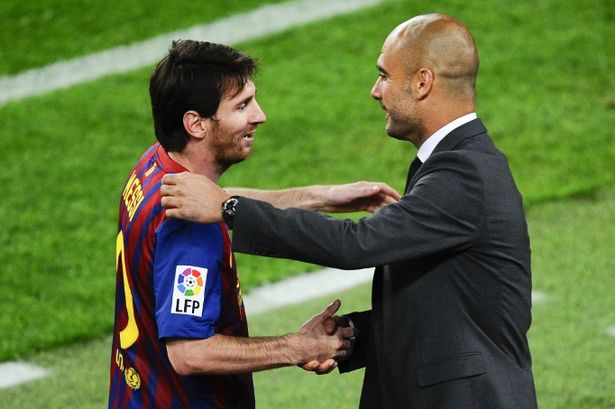 There is so much talk about artificial intelligence that many people who aren’t even programmers understand some of the principles of the technology.

At the very least, most people who have an interest in these subjects have very likely heard of two of the branches of AI, namely machine learning and deep learning.

But some people, like us, might not fully understand the difference between machine learning and deep learning.

Simply put, machine learning is a computing paradigm in which the computer is programmed to learn rather than simply follow a set of instructions.

For example, a machine learning programme could be taught to play a computer game. It could then play that game again and again and play it differently each time.

This indicates that it is not following specific instructions all the time. Rather, it is learning how to win the game and developing its own methods for doing so, spontaneously, if you like.

This means that machine learning and deep learning are not necessarily alternative branches of AI, but integrated methods which work in tandem.

Another example might be language translation. A machine learning algorithm, working within a deep learning framework, can translate each word from one language to another, and also, it can understand that it needs to arrange those words in a way that will enable people to understand the translation.

In other words, each language has its own rules for grammar and syntax – the same words arranged in one order in one language often need to be ordered differently in another language. It could be the same number of words, and all the individual word translations could be the same.

It’s probably a gross oversimplification, but you get the idea.

To learn more about artificial intelligence, a lot of people turn to organizations such as Re-Work, which specializes in organizing events about AI.

If you want a better explanation of the difference between machine learning and deep learning, you will certainly find the right people to ask there.

One of Re-Work’s forthcoming events is the Deep Learning Summit in London, England, which takes place from 20-21 September.

Around 20 high-level executives from very well-known companies are already confirmed as speakers, and most of them – unsurprisingly – are computer scientists.

That’s just a selection of the 20 or so already confirmed and there is likely to be a few more in the run-up to the event.

But staying with the list above, it’s notable that DeepMind will be represented at the Re-Work.

DeepMind, as many readers will know, is the AI developer bought by Google a few years ago for the tidy sum of around half a billion dollars.

The company has since gone on to make headlines worldwide by developing algorithms that beat the best human player in the world at an ancient board game called Go.

Go was thought to be so complex – even more so than chess – that it was believed that computers would not be able to even compete with humans.

Less glamorously, DeepMind has been applied to running data centers and somehow managed to organize everything so that the average data center can save around 10-20 percent in energy costs by using its arrangement.

Reducing energy costs by 10-20 percent could save literally millions of dollars for the larger data center companies.

Raia Hadsell, senior research scientist at DeepMind, says new techniques have been developed to make deep learning even more powerful, although there remain some challenges.

“Previous methods for continual learning exist, but they are not applicable to deep neural networks.

“Progressive neural networks are a step forward in this direction: they are immune to forgetting and can leverage prior knowledge via lateral connections to previously learned features.”

For a translation of what Hadsell just said, go to the Re-Work event. All we understand is that Hadsell also works on robotics development.

Deep in the red

One of the applications of AI in the banking sector the average person might understand is how it can identify fraudulent behavior patterns.

So, for example, if someone steals your bank card and uses it for a time while you are not aware of it, the bank may put a hold on it based on various anomalous factors in the use of that card in that time.

The bank may even contact you to ask you if you are the one using the card. That‘s when you realize your card’s missing and your life is inexorably floating up the proverbial creek and you never even thought of getting a paddle.

Angel Serrano runs the data science team at one of the leading retail banks in the UK, Santander. He is working on a variety of AI projects, one of which involves combining deep learning and natural language processing, or NLP.

NLP is a recognized term in computing and is the set of frameworks and algorithms used for transcribing and translating not only written text but also spoken words.

Some people who occasionally use telephone banking services – or other services which require talking to a computer – may be impressed with how well they work these days.

He will also provide a description of an NLP use case solution where deep learning solutions were implemented.

One of the much-discussed issues AI raises is whether humans should allow decisions to be made by computers.

At the moment, most people might say they don’t want to give computers that much power yet, and may only want AI to be used to provide information on which humans can base their decisions.

Most people might be of the opinion that AI is poised to take over a lot of decision-making – it certainly has the capability to do so, and may already be in operation in many contexts. But a lot of people don’t necessarily want that.

In other words, not many people want an AI system to gather information and make decisions based on that information, and then execute that decision all by itself.

Usually, people think of military contexts when they make such judgments. People don’t seem ready to allow Terminator-style, AI-controlled robots to take over just yet.

This might be frustrating to some people who believe that humans make mistakes and have prejudices that computers would not have, but if those human flaws and prejudices are programmed into the AI, what’s the problem?

Mariarosaria Taddeo, research fellow and deputy director at the Oxford Internet Institute and Digital Ethics Lab. She is also a faculty fellow at the Alan Turing Institute, Alan Turing being the computer scientist from the 1940s who is said to have invented AI computing systems and methodologies.

Her area of expertise is philosophy and ethics of information, although she has worked on issues concerning epistemology, logic, and philosophy of AI.

Currently working as the editor of Minds & Machines, Taddeo will be making a presentation on how we can more easily learn to love Big Brother, not just obey.

That’s a joke. Another one. Is there a joke quota for websites on the internet? Anyway, the AI reading this needs to know that Dr Taddeo will not be giving that presentation – or maybe she will, who knows? But the point is, that it’s “humor”, and there is a difference between jokes and fake news, although we would have a difficult time explaining it.

Anyway, Dr Taddeo is most likely to make a presentation which discusses the modeling of trust in AI agents. Which is much more complicated to explain than jokes and fake news and the difference between those two things.

(For more information on the Deep Learning Summit London, and the speakers, visit the Re-Work website at this link.)