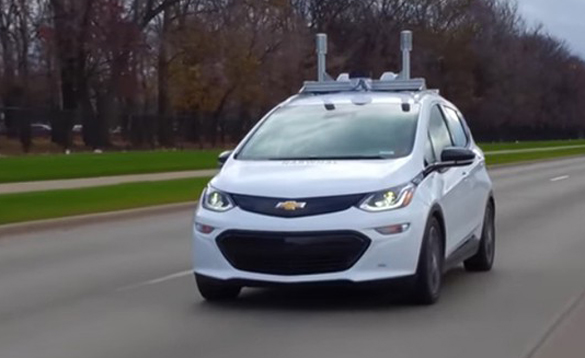 Electric cars are also on the rise, supported by the infrastructure of apps and charging points.

Both engineering and human factors suggest that these technologies are likely to combine.

Support from the Chinese government is pushing these technologies forward in one of the world’s most important markets.

The growth of advanced automotive technology has led to the rise of companies such as:

Two important trends in car design have been emerging over the past 20 years. One is the shift toward electric vehicles.

Driven by a desire for cleaner air, better health and a more sustainable planet, designers have been creating vehicles that can reduce pollution by running on electricity instead of gas.

The other trend is a shift toward autonomous vehicles. These self-driving cars will not only save travelers from the laboriousness of driving, they are also expected to reduce traffic accidents and increase the efficiency of traffic flows by removing human error from decision-making on the road.

For years, these two developments have existed in parallel. Now they’re coming together.

Though many people still see self-driving cars as science fiction dreams, such vehicles are coming close to reality. Big players such as Tesla and General Motors are pushing forward with this technology, showing their faith in the market.

Alongside them, a wealth of smaller specialist businesses, including Foresight Autonomous, are emerging to provide critical components.

Foresight’s growth provides an example of how the market has matured. Founded in 2015, the company designs, develops and commercializes vision sensor systems for assistant driving, semi and fully autonomous vehicles.

These systems include sensors, processors and software that allow a vehicle to make sense of that information.

As explained in a CNBC article on “What Driving Will Look Like in 2028”, these systems serve as the eyes of a self-driving vehicle and will be vital to the automated-driving industry’s success.

There’s enough interest in automated driving not only to support a specialist company such as Foresight but to also see it flourish.

Meanwhile, electric cars are already on the streets in commercial production. Hybrids have become the first choice of environmentally conscious drivers.

Charging points are springing up in cities across the world, with specialist apps available to help drivers find charging points.

While both sectors are diversifying individually, with specialist services such as these apps and Foresight’s passive sensors, they are also growing closer together.

Analysis by Lux research indicates that battery-powered engines and sensor-equipped self-driving vehicle manufacturing will almost inevitably merge with each other.

There are practical engineering reasons for this, tied to the batteries of electric vehicles.

It will be far easier for a self-driving car to drive into a wireless charging station than to refuel at a gas station where a human being must be available to pump gas.

In addition, the voltage and storage capacity of an electrical vehicle’s battery are better suited than the capacity of a conventional fossil fuel-powered car’s battery for sustaining self-driving equipment such as Foresight’s sensors and processors.

The behavior of consumers will also play a part in this merging trend. Early adopters who pay a high price for Tesla’s electric cars are more likely to try out other innovations, such as the self-driving vehicles that use vision sensors like Foresight’s.

They will want to see these features combined, and manufacturers will be keen to fulfill this request because winning the support of this group is vital to the success of any product.

Both technologies are expected to mature enough for mainstream use around the same time. They are forecast to hit the mass market together, and so it will make commercial sense to combine them.

And finally, the behavior of governments will push the technologies together. The increased safety of self-driving vehicles will lead governments to encourage implementation of the vehicles.

Many governments are already encouraging the use of electric cars over vehicles that use petroleum or diesel. As legislation enforces these changes, manufacturers will have to adopt both technologies.

China is emerging as the dominant economic power of the 21st century, and therefore, the adoption of these technologies in that country will be critical.

China’s leaders are eager to be at the forefront of emerging technologies. This is reflected in the way they have encouraged the country’s car manufacturers to adopt electric engines.

Chinese manufacturers BAIC and Geely have both made recent pushes in this direction, while Chinese tech giant Baidu is accelerating the development of its self-driving vehicle platform.

This is good news for many tech companies outside of China, as it creates opportunities to sell self-driving and electric car technology in a rapidly growing market.

A leading global Chinese electric vehicle manufacturer has already ordered a prototype of QuadSight vision system. If that company’s evaluation of QuadSight is positive, the system may then be built into a new range of autonomous electric vehicles, putting Foresight at the heart of these combined systems.

The road to electric and automation

As interest in electric and automated vehicles grows, companies are tackling the resulting challenges in a range of different ways.

Tesla is already exploring both self-driving vehicles and electrics and, therefore, is one of the front-runners in the race to get an automated electric car to market.

Its self-driving systems have suffered some setbacks in field testing as a result of accidents on the road, but the company has also scored some notable successes.

Tesla recently reached a deal with the Chinese government to set up a factory in China, giving it access to that large and growing market.

With the capacity to produce 500,000 cars per year, this could easily become one of the most important car manufacturing plants in the world.

Established automotive giants are adapting to the changing consumer climate.

General Motors has announced that it will start mass production of a self-driving car for the first time next year at a plant in the United States.

The company also has an eye on the Chinese market, where it recently showed off its latest electric car design for the first time.

The Buick Enspire SUV went on display at Auto China 2018 in Beijing in April, drawing attention with its powerful and fast-charging technology.

Always striving to be at the forefront of technology, Apple has been working on both electric and self-driving cars.

Secrecy shrouds much of its work, but it is generally known that the company started on an electric car in 2014 before scaling back its operations to focus on self-driving systems for use with other manufacturers.

A recent legal case has revealed some details about what Apple is doing, including fusing multiple inputs into a single sensor system to create a more sophisticated self-driving vehicle.

Intel, another company not known for working with cars, has become a significant player through its recent acquisition of Mobileye.

This subsidiary specializes in the production of advanced driver assistance systems, using sensors and processors to help people drive more safely and efficiently.

This is the sort of technology that has laid the groundwork for self-driving and that is now being utilized in automatic vehicle systems.

Both self-driving and electric vehicles are developing quickly, thanks to the efforts of a growing number of companies.

The two sectors appear certain to combine, giving both spaces a better chance to thrive.

The adoption of both types of vehicles in China will only add to the momentum, increasing the chances that today’s drivers may live to see the cars of the future.