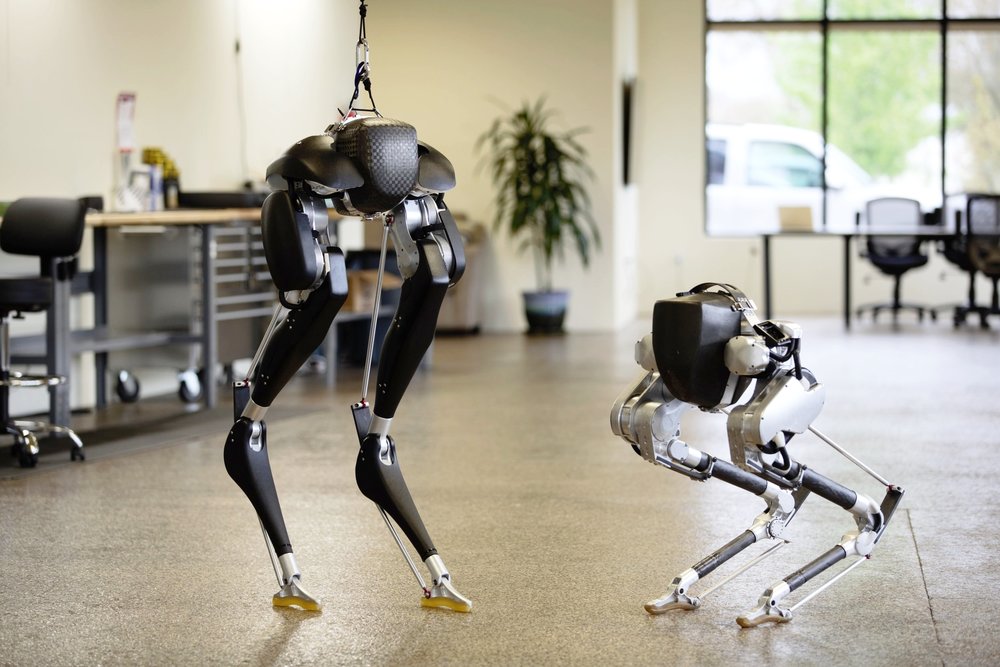 The legs of the robot look like they’re modeled on the way a bird’s legs move, or the hind legs of a horse.

The company says the $8 million in Series A funding will help “accelerate product, technology, and business development”.

Playground Global led the round, with participation from Sony Innovation Fund and existing investor Robotics Hub.

Bruce Leak, a founder of Playground Global, will join Agility’s board of directors. Agility’s total amount raised is now $8.792 million.

Agility Robotics is solving the mobility problem faced by mobile robots, to allow machines to work with humans, for humans, and around humans.

Robotic legged locomotion will enable a major transformation of our world, with applications in logistics and package delivery for fast and inexpensive 24/7 service, in-home robots for telepresence and assistance, and real-time data collection and mapping of human and natural environments.

Walking robots will one day be a common sight, much like the automobile, and with similar impact on our society. Agility Robotics will be a leader in this transformative change.

Bruce Leak, co-founder of Playground Global, says: “When we met Jonathan and the Agility team, we were incredibly impressed by the team’s technical talent and execution to date.

“They’ve dedicated over a decade of research in legged locomotion to design a novel architecture that leverages passive dynamics and active force control to build a biologically-inspired, underactuated robot.

“Their unique design choices let them achieve superior energy efficiency compared to state-of-the-art conventional bipedal systems, which opens up a lot of applications when you’re less constrained by power.”

ATRIAS, the research robot developed at the Dynamic Robotics Laboratory at Oregon State University that precedes Cassie, is the first robot to reproduce human gait dynamics.

Cassie builds on this technology foundation, and is a first product for research and development that is capable of walking and running.

As a mobility company, Agility Robotics will work to address a variety of vertical markets that can be impacted by this technology, implementing market-specific configurations for size, scale, number of legs, sensing, manipulation, and other market-specific engineering choices.

“As Agility works towards commercializing its technologies, we look forward to them making meaningful contributions to the technology and applications for mobile robots in everyday environments.”

“We bought a Cassie robot because it has the high-performance capabilities we need to stress test our feedback control algorithms and to inspire new research directions.

“There are no other bipedal robots on the market with its level of dynamic capability and when you add in its physical toughness, the Cassie robot is truly in a class of its own.

“The algorithms we are testing on our Cassie robot is allowing us to also make great progress on controlling an exoskeleton for persons with paraplegia.

“I am very excited that Agility is growing fast; I think they are going to have a huge impact on the world, enabling robotic mobility in human environments.”