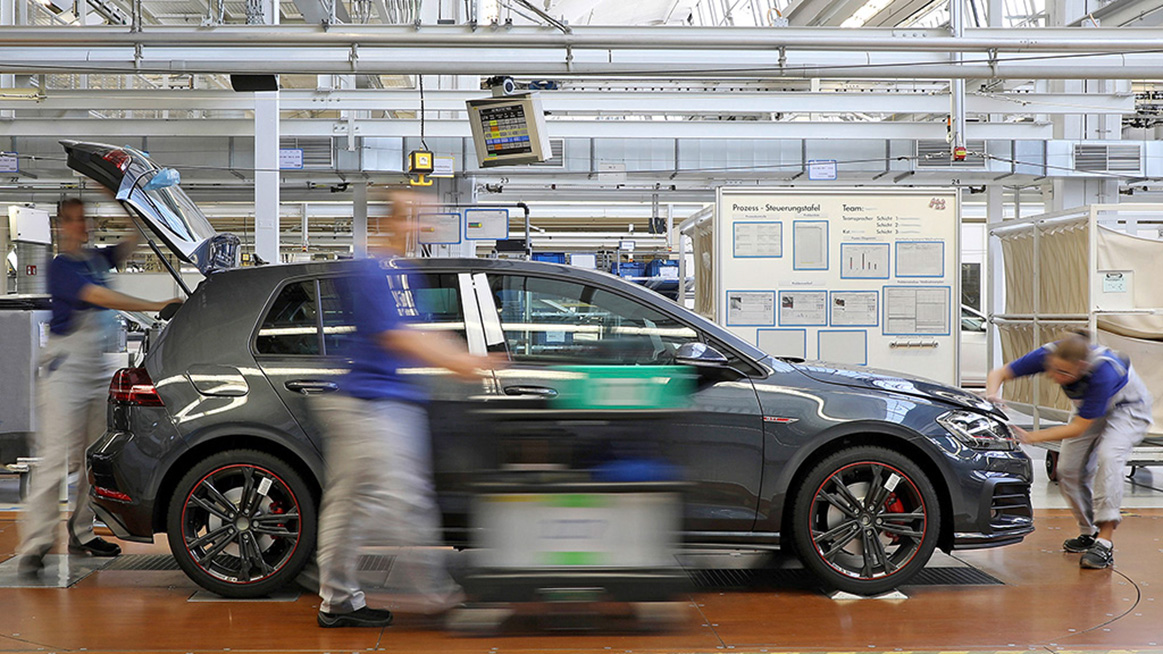 Volkswagen’s main plant in Wolfsburg, Germany has won the Automotive Lean Production Award for the first time in the automotive giant’s history.

When assessing lean solutions at more than 50 stations of Volkswagen’s Wolfsburg plant, the expert jury was impressed by the “rapid pace of change at the plant”.

Volkswagen Wolfsburg will receive the award as the best original equipment manufacturer at this year’s Automotive Lean Congress in Bremen at the beginning of November.

Volkswagen’s main plant in Wolfsburg is heading for “greater productivity and efficiency with an exemplary pace of change”.

This is the assessment given by a team of independent experts in its European competition study for the Lean Production Award 2018.

The internationally renowned award for slim and agile production systems in the automotive industry has gone to the Wolfsburg plant for the first time.

At Volkswagen’s Wolfsburg plant, the jury assessed solutions at more than 50 stations in the press shop, body shop, paint shop, assembly and logistics as well as with respect to Industry 4.0.

Volkswagen board member for production Dr Andreas Tostmann says: “The team has genuinely earned this award. People are implementing the changes required for greater productivity and high quality with many initiatives and exemplary speed.

“We need this approach more than ever before to safeguard the future of the plant. Wolfsburg must be a model plant in our brand’s worldwide production system.”

“At the plant, we are extremely proud to have won this award for the first time,” says plant manager Dr Stefan Loth. “This is an honor and clear recognition of our team’s performance. In addition, this accolade confirms that we are on the right track with the changes we have initiated and the pace of implementation.”

Dr Werner Geiger, managing director of Agamus Consult and chairman of the jury, emphasizes: “No reworking and high productivity – these demanding goals are being consistently pursued at the Volkswagen plant in Wolfsburg.

“Improvements are implemented actively and passionately. The speed with which the team at the plant has introduced many excellent solutions over the past 24 months with a view to becoming fit through lean production is impressive.

“We are therefore very pleased to present the Automotive Lean Production Award 2018 in the OEM category to the Wolfsburg plant for this outstanding achievement.“

With its PQM strategy, Volkswagen’s main plant is focusing on the areas of productivity, quality and team performance. The objective is more and more efficient volume production which safeguards the plant and its future.

With the 400 or so workshops to be held this year alone, managers and team members are improving processes within the production system, thus reducing the production cost per vehicle at the same time as consistently maintaining the highest possible quality standards.

Every day, the Volkswagen plant in Wolfsburg produces up to 3,500 units of the models Golf, Golf Sportsvan, Touran and Tiguan.

Since series production started in December 1945, more than 45 million vehicles have rolled off the production lines here. As agreed in the pact for the future, Volkswagen will pool production of its Golf family at the Wolfsburg plant from the next generation onwards.

In addition, the plant will be adding a further Group model in the successful SUV segment, the Seat Tarraco, to its production portfolio from the end of 2018.

The international Automotive Lean Production Award has been presented by the specialist journal “Automobil Produktion” and Agamus Consult every year since 2006.

This year, some 80 European plants took part in the competition study and there were more than 60 entries for the awards.

Volkswagen Wolfsburg will receive the award for the best OEM at this year’s Automotive Lean Production Congress, which is being held in Bremen at the beginning of November.