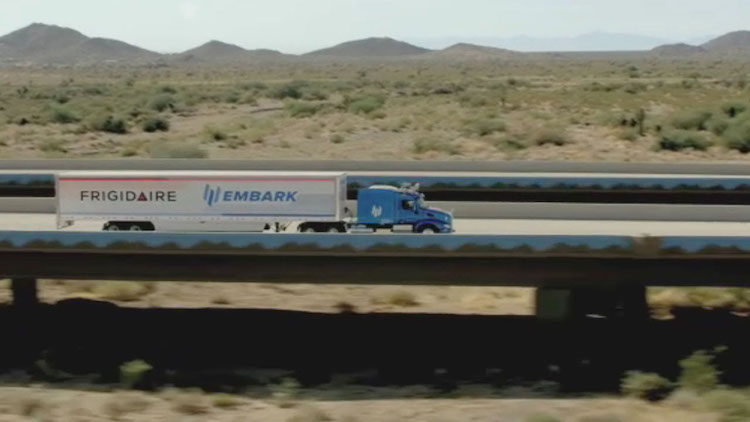 Autonomous truck startup Embark has raised $30 million in new funding, bring the total to $47 million, according to a report on the Forbes website.

The company recently completed a US coast-to-coast test run of its driverless truck. Towards the end of last year, the company also partnered with Frigidaire, and Ryder, on a pilot test.

The market for autonomous trucks is believed to be potentially huge, and many companies are developing the technology (see our feature).

One of the main reasons for the potential growth is the increasing difficulty in recruiting truck drivers.

“More than 50 percent of all drivers will retire in the next two decades and there aren’t nearly enough young drivers joining the industry to replace them.

“By allowing automation to work together with local drivers to handle less desirable longhaul routes, we will be able to increase productivity to address the current 50,000 driver shortage while also creating new local driving jobs that attract younger drivers for the industry.”