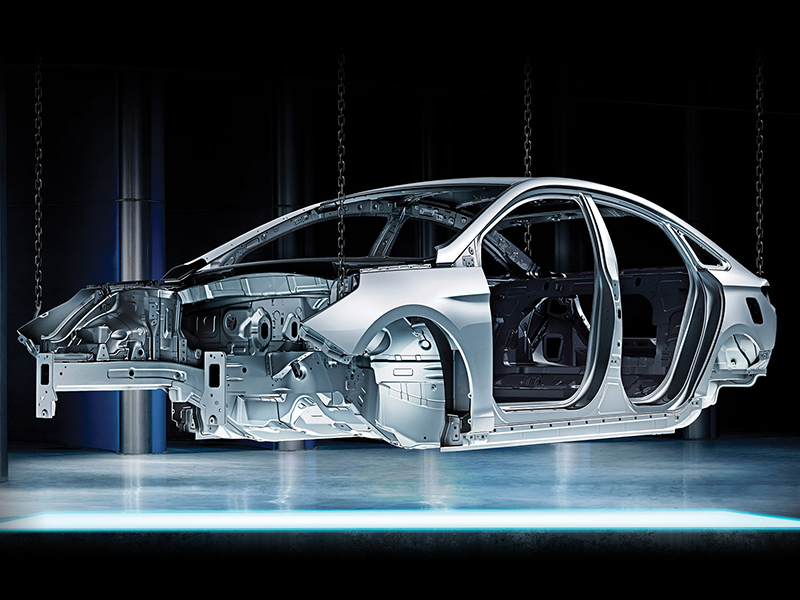 Automotive manufacturers are exploring a variety of new methods and materials which will enable them to produce vehicles that are stronger, lighter, and more suited to what many believe will be an autonomous and electric driving culture of the future.

One new type of steel that is currently being discussed widely is referred to as “advanced high-strength steel”, or AHSS.

The range of AHSS types is said to be evolving all the time and growing in application.

According to the Steel Market Development Institute, new steel types are already being used to improve the performance of vehicles on the road, and emerging grades will be increasingly employed.

At the moment, AHSS is mainly used for vehicle parts – such as the bumper, for example – but some observers predict that in the future, the entire body could be made from AHSS, especially if it’s an electric car.

According to the World Steel Organisation, automakers which are using AHSS include Chevrolet, Kia and Volkswagen.

“When applied to a typical five-passenger family car, the overall weight of the vehicle is reduced by 170 to 270 kg, which corresponds to a lifetime saving of 3 to 4.5 tonnes of greenhouse gases over the vehicle’s total life cycle.

“This saving in emissions represents more than the total amount of CO2 emitted during the production of all the steel in the vehicle.”

Because of its strength, AHSS sheets can be made thinner, which allow for the production of more aerodynamic shapes, and it’s 100 percent reusable.

Steel in all its forms, old and new, has, of course, many other applications.

According to the WSO, more than half the world’s steel goes into buildings and infrastructure, and this is how other sectors compare:

Worldwide, the amount of steel produced in 2017 was around 1.1 billion tonnes, according to an Overview of the steel and iron market by Deloitte.

The largest exporters were:

The largest importers of steel were:

It’s probably too early to predict how advanced forms of steel will affect the overall market, but according to one estimate by MarketLine, the total value of the steel market will grow to approximately $865 billion by 2020.

Even in its current configurations, AHSS is said to be growing in application, especially in the US, where the government is urging automakers to build lighter vehicles in order to save fuel.

The US Department of Energy’s Office of Energy Efficiency and Renewable Energy is pushing automakers to use lightweight structural materials, which it says are especially important for the new generation of electric vehicles.

“A 10 percent reduction in vehicle weight can result in a 6-8 percent fuel economy improvement,” said the DoE in a statement.

“Replacing cast iron and traditional steel components with lightweight materials such as high-strength steel, magnesium alloys, aluminum alloys, carbon fiber, and polymer composites can directly reduce the weight of a vehicle’s body and chassis by up to 50 percent and therefore reduce a vehicle’s fuel consumption.

“Using lightweight components and high-efficiency engines enabled by advanced materials in one-quarter of the US fleet could save more than 5 billion gallons of fuel annually by 2030.”

Data highlighted by the government suggests significant reductions in vehicle mass can be achieved through the use of new materials.