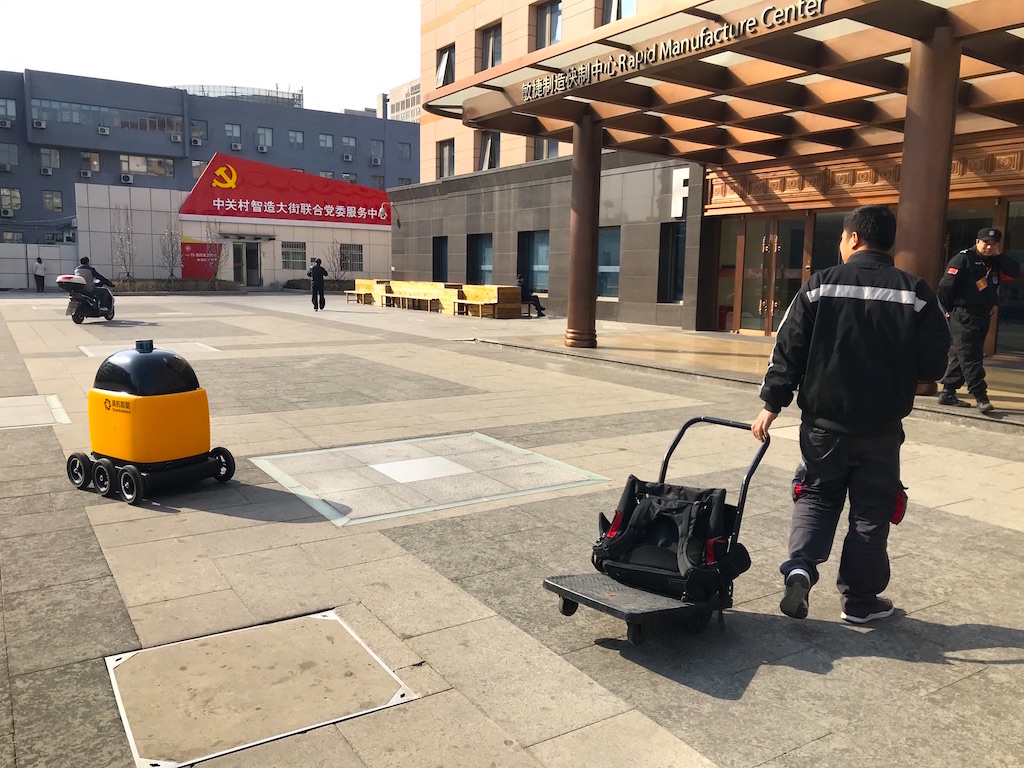 A company called Zhen Robotics has unveiled a small, wheeled autonomous robot that can be used to make deliveries of packages to the home. (Main picture and video below.)

The vehicle, which is about the size of a small suitcase, is called “Little Yellow Horse”, and is developed with the backing of the Federal Institute of Technology in Zurich, Switzerland, Imperial College in London, UK, Tsinghua University, in China, and Alibaba, the well-known e-commerce giant.

Zhen Robot describes itself as an artificial intelligence company which develops such things as precision navigation technology for robots, intelligent control technology, and environmental modeling technology, which refers to deep learning methods for identifying pedestrians and dangerous objects to enable robots to safely avoids obstacles.

Speaking to news agency AFP and quoted on NDTV.com, Liu Zhiyong, founder and CEO of Zhen Robotics, says the Little Yellow Horse is intended to help cope with the growing demand for home deliveries of online shopping items.

Liu told AFP: “At the moment, there are 100 million packages delivered every day in China. It will be one billion in the future.

“There will not be enough humans to make the deliveries. We need more and more robots to fill this gap in manpower. And to reduce costs.”