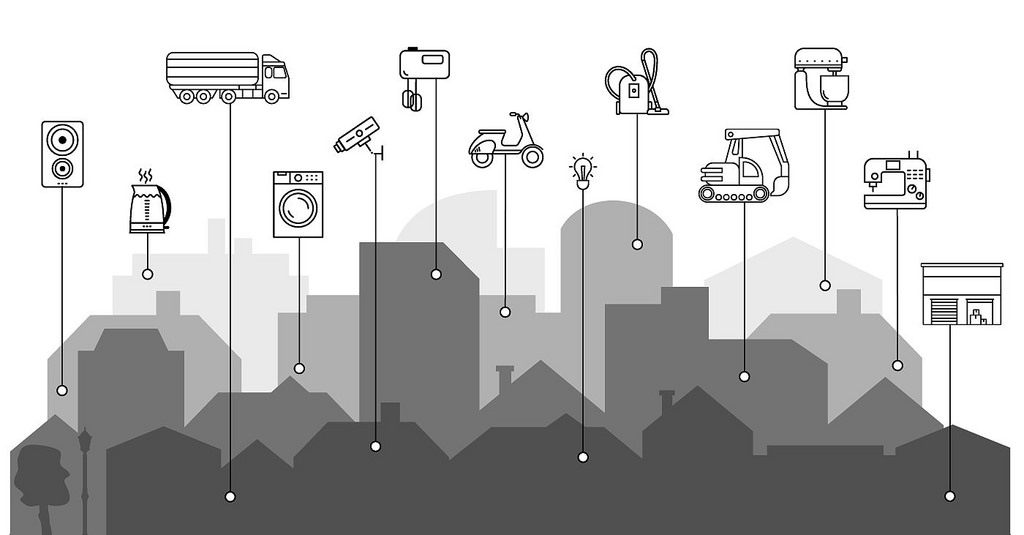 Global internet of things markets are poised to achieve significant growth through the use of sensors, widgets, cameras, and platforms that are used to help implement precision digital control and send alerts for all manner or management of devices and machinery.

Visualization and digitization are permitting a growing number of companies and individuals better control of any device or mechanical thing while present a diversity of uses for digital tracking devices in industry, healthcare and consumer markets.

The market is growing at a rapid pace because of increasing popularity and integration in various consumer markets.

The IoT is believed to be the next Industrial Revolution impacting the way all businesses, governments, and consumers interact with the physical and digital worlds.

Active tech companies in the markets highlighted in this commentary include:

Gopher Protocol, a company specializing in the creation of IoT and artificial intelligence enabled mobile technologies, has announced that together with its partners it has taken actions domestically and internationally to protect its Guardian Patch system and filed a continuation application with the USPTO.

In addition, Gopher filed in with the European Patent Office in order to protect its Guardian Patch intellectual property for this market segment.

As a reminder, the patent was issued July 10, 2018 as US Patent No 10,021,522. As previously disclosed, on July 6, 2018, Dr Danny Rittman, CTO of Gopher, filed a continuation application in the USPTO to preserve the right to pursue different / broader claims later based on further developments to the invention and potential infringers.

The Guardian Patch is a communications device that is self-adhesive and can be affixed to any object in order to track it anywhere on Earth.

When fully developed, Gopher intends that the Guardian Patch will be able to track an object’s movements, in real time, at any location in the world, indoors, outdoors and underground.

The system will be able to establish a location completely passively using its own radio technology. The Guardian patch enables a whole new range of “real-life location analytics”.

It could track exactly how many miles your object moved, cities/towns visited, velocity of travel, how long the object was at a specific location, altitude and temperature as well as the object’s current movement in real time. The system includes its own power source that is expected to last one year.

Dr Rittman says: “The Guardian Patch system is one of our major breakthroughs and we are working to protect it, worldwide. Currently, to the best of our knowledge, there is no similar system in the world and we intend to expand it for many applications.

“We already implemented few segments of the Patch technology within our first product that now is in manufacturing, The Guardian ORB Pet Tracker.

“In the future, we intend to target military/security and other applications for our Guardian Patch system since it enables the ultimate tracking, worldwide, with or without GPS services.”

These are the other recent and current developments in the tech industry.

The migration to Azure is designed to improve the responsiveness of Campbell’s IT infrastructure, enabling it to be faster and more agile.

Azure will provide Campbell with a global, hybrid cloud solution that will deliver new capabilities and provide near-real-time access to information and insights that will inform business decisions.

The platform will streamline operations across the enterprise and provide additional flexibility for Campbell employees through customized reporting and analytics.

StudioLAB will be based on The Walt Disney Studios Lot in Burbank, California. The announcement was made on stage at the first annual “XR On the Bay” Conference hosted by the Advanced Imaging Society at Cisco corporate campus in San Jose, California.

The StudioLAB initiative is focused on using cutting-edge technologies to reimagine, design, and prototype the entertainment and production capabilities of the future.

The 3,500 square foot StudioLAB facility will be located on the historic Disney studio lot in Burbank.

Salesforce.com recently announced that for the twelfth consecutive year, Salesforce has been positioned by Gartner as a Leader in its July 2018 Magic Quadrant for Sales Force Automation.

Placement was given to Salesforce for its completeness of vision and ability to execute.

With Sales Cloud, salespeople are armed with the intelligence and insights they need to sell faster, smarter and the way they want.

Adam Blitzer, EVP & GM, Salesforce sales cloud, says: “Automation is essential to unlocking the next level of productivity and accelerating the sales process.

“Powered by Einstein Artificial Intelligence, Sales Cloud provides our customers with the automation, intelligence and tools they need to create deep, meaningful relationships and drive their business forward in the Fourth Industrial Revolution.”

SAP recently announced the expansion of its strategic partnership with Thomson Reuters to simplify converting cross-border transaction prices into a single currency, no matter where or when the transaction happens.