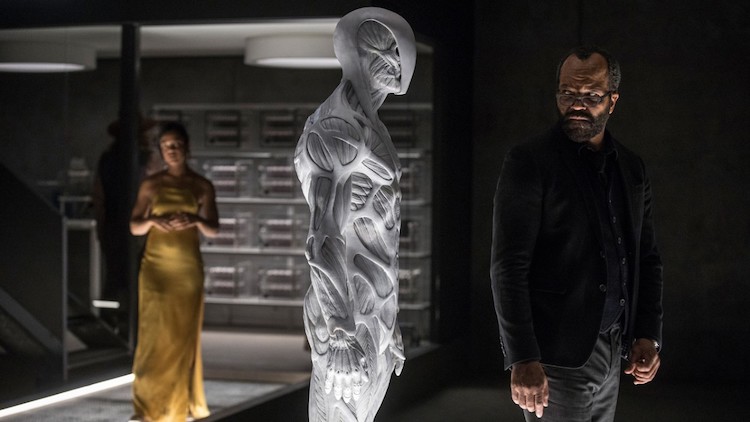 Westworld is by far the most terrific television series ever. Maybe that’s an exaggeration but I haven’t watched much TV in years because nothing else intrigued me enough to spend as much time as I have watching this show and a few others as part of my job here at Robotics and Automation News.

For those of you who don’t know, Westworld is a science fiction drama series, produced by HBO. The second season just ended recently and its first series was last year.

The show has most certainly caught the imagination of many people worldwide, so I’m not the only one who has been enthralled by its stars and magic.

Like I say, I don’t watch much TV but if other series are of as high a quality as this, maybe I should make time.

But the subject of Westworld is of particular interest to me. I’m not into reality TV shows and matchmaking, and news and documentaries have long since been propagandized to near-death.

One imagines that Westworld, too, fits into the propaganda mold, since everything is being put through that particular filter nowadays – overtly or covertly.

At least one or two episodes seemed to be not-so-subtle excursions into some political and historic scar-healing territory or something. I’m not against it, but maybe I’d have suggested that integrating those sub-plots into the overall story was enough.

But, ultimately, I don’t want to be ungrateful for what is 10 hours extremely well spent watching a truly mesmeric collection of ideas visualized with great skill.

That’s why there are so many great stills from the show – every frame would probably make for a good still picture. Not much, if anything, was wasted.

The story is, as most readers might know, about a theme park where robots are “hosts” who entertain “guests” – the humans who are the paying visitors, or tourists.

Things go wrong in the way that they generally do in science fiction stories like this, and there are probably hundreds of broadly similar yarns out there.

But as with almost everything in life, it’s the details that make things exceptional in Westworld. It’s not just the way it’s filmed, with big-budget sets, special effects and animatronics and all sorts of things to feast the eyes on; but also the intellectual concepts which are thought-provoking and often convoluted to the point you know you have to watch this again to see if you can understand it better – and are glad for having to do so.

The first series opened our minds to the meaning of the question, “Is this now?”, and it’s just another example of how the writers of Westworld opened our minds to new ways of thinking about a world in which new technology is having ever-more profound consequences.

I would watch both series again, which I hope to find time for some day. And I would recommend this show to anyone who has lost interest in TV because it mostly turns out vacuous falseness that is about as entertaining and authentic as silicon breast implants – not that I’ve got anything against them, it’s just not my thing.

True, not many productions are given such big budgets as Westworld obviously was, but low-budget and no-budget productions can be interesting to watch, and more annoyingly, a lot of stuff gets made that obviously must have been given big budgets and you wonder how they managed to persuade people to back them. Maybe the data indicates good returns for advertisers in most cases. I don’t know.

What I do know is that the second season of Westworld was about the same as the first season in terms of production quality and storylines, and I hope it comes back for another series soon.