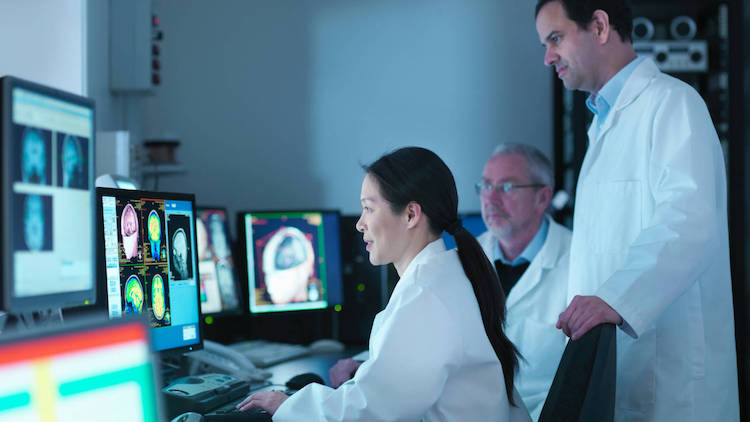 But the bonce specialists could easily scale up the system to analyze human brains and eavesdrop on people’s thoughts and eventually be used to control their actions, which has been shown to be the ambition of each and every megalomaniacal mad scientist in science fiction history.

HPE says the noggin inspectors at the EPFL Blue Brain Project have selected the company to build a “next-generation supercomputer for modeling and simulation of the mammalian brain”.

The new supercomputer, called “Blue Brain 5”, will be dedicated to simulation neuroscience, in particular, simulation-based research, analysis and visualization, to advance the understanding of the brain.

Brain disorders are complex phenomena spanning from genes to circuits to the whole brain. Establishing an integrated view of how all these levels work together and are perturbed in brain diseases is the primary challenge in understanding the brain.

The Blue Brain Project is pioneering the approach of reconstructing and simulating digital models of brains to address this challenge.

Blue Brain systematically releases open-access data, models and open-source tools to help the community, such as the European Human Brain Project, understand the brain at its different levels of organization.

Based on the supercomputing requirements derived from the project’s scientific roadmap, the Blue Brain Project followed a rigorous procurement process and after evaluation of the bids received, according to the published criteria, HPE was awarded a first contract at the end of 2017.

Including a subsequent phase, the total value to provide state-of-the-art supercomputing technology and expertise can go up to CHF 18 million.

The advanced supercomputer built by HPE is based on the HPE SGI 8600 System (pictured above), providing tailored and scalable compute performance to enable the Blue Brain Project to pursue its scientific roadmap goal for 2020 to model entire regions of the mouse brain, in particular, the thalamus and neocortex.

Antonio Neri, president and CEO, HPE, says: “Our mission is to create technologies that improve our quality of life, including powering technologies for the healthcare industry to deliver targeted treatments and save lives.

“Through our relationship with the Blue Brain Project, HPE is bringing advanced supercomputing and bespoke applications to empower new research that can have transformative benefits for the neuroscientific community and society at large.”

The flexible architecture of the HPE SGI 8600 System is said to be instrumental for the Blue Brain Project’s mission as it can host different subsystems that are specifically geared for tasks like visualization or deep learning, while being operated as one single system.

“Modeling an individual neuron at Blue Brain today leads to around 20,000 ordinary differential equations – when modeling entire brain regions, this quickly raises to 100 billion equations that have to be solved concurrently. HPE helps us to navigate the challenging technology landscape in supercomputing.”

The system is equipped with 94 terabytes of memory – a memory equivalent of 23,000 laptops – and runs Intel Xeon Gold 6140 and Intel Xeon Phi 7230 processors as well as Nvidia Tesla V100 graphic processors.

With the HPE SGI 8600 system, designed to solve the most complex problems and powering some of the fastest supercomputers in the world, Blue Brain gains scalability to thousands of nodes in an easy-to-manage architecture.

The system also features an energy efficient liquid cooling solution that does not exhaust heated air into the data center. The new system has been installed at the Swiss National Supercomputing Centre (CSCS) in Lugano, Switzerland.