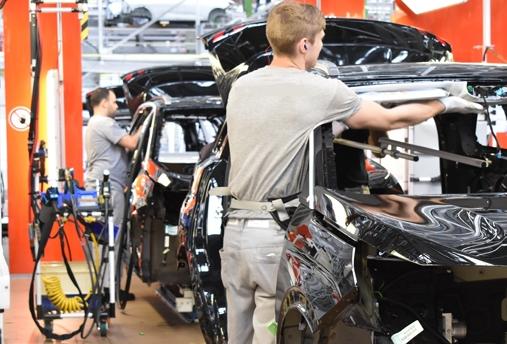 The recent introduction of 11 SUV models by the PSA Group’s five brands – Peugeot, Citroën, DS Automobiles, Opel and Vauxhall – has led to an increased share of the European SUV market, rising to 16.9% at the beginning of 2018 with 250,000 registrations in Europe in the first quarter of 2018.

As of end-March, the Group was among segment leaders and the offensive was being pursued, with the upcoming roll-out of the Citroën C5 Aircross in September in Europe.

The Group has decided to increase its production capacity in Europe, with the Citroën C5 Aircross starting production in Rennes (France), along with the Peugeot 5008.

As a result, as soon as the production in Rennes reaches its full capacity, the Peugeot 5008 will be added to the Peugeot 3008 and the Opel Grandland X line in Sochaux, France, from March 2019.

As soon as the production in Sochaux plant reaches its full capacity, the Opel Grandland X will be progressively assembled in Eisenach, Germany as from mid-2019.

The industrial launch will be supported by appropriate investment, which will enable each plant to deliver excellent performance, high output and superior quality, says the company.

These production allocations will maintain production in France at one million vehicles.

“Our agile production base, which has been broadened by the Opel acquisition, is enabling us to meet growing customer demand for SUVs.”

Opel-Vauxhall CEO, Michael Lohscheller added : “The production of the Grandland X in Eisenach plant demonstrates Groupe PSA’s will to invest in Germany and its trust in Opel. It will help us to become profitable, electric and global”.