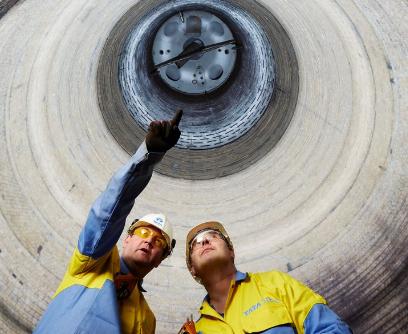 Tata Steel and thyssenkrupp AG have signed definitive agreements to combine their European steel businesses in a 50/50 joint venture in a new company. This follows the signing of a Memorandum of Understanding in September 2017.

The proposed new company, to be named thyssenkrupp Tata Steel BV, will be positioned as a leading pan-European high-quality flat-steel producer with a strong focus on performance, quality and technology leadership.

The joint venture is built on the strong foundations of common value systems and a long heritage in the industry, say the companies.

The transaction is subject to merger control clearance in several jurisdictions, including the European Union.

“This is a significant milestone for Tata Steel and we remain fully committed to the long-term interest of the joint venture company. We are confident that this company will create value for all stakeholders.”

Dr. Heinrich Hiesinger, CEO of thyssenkrupp AG, commented: “We will create a highly competitive European steel player – based on a strong industrial logic and strategic rationale. We will secure jobs and contribute to maintaining value chains in European core industries.”