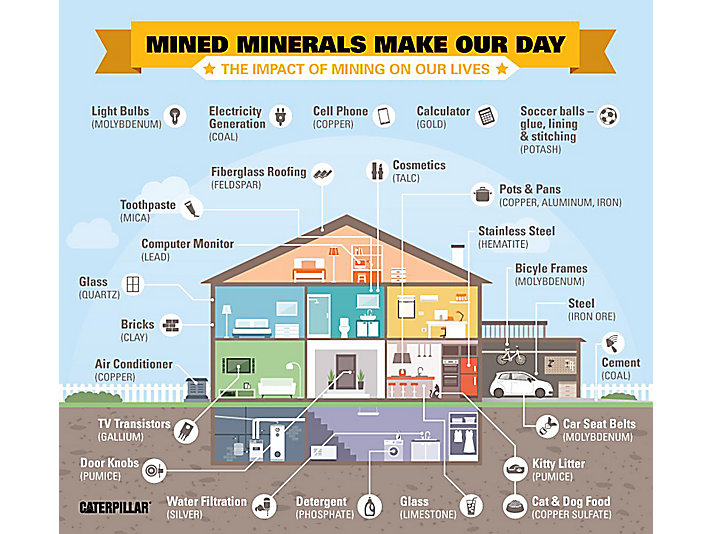 Think your life isn’t impacted much by the mining industry? Think again.

Without mining, our lives as we know them would be very different: There would be no mass-produced light bulbs, no microwave ovens, no computer monitors.

Even our cell phones are made possible by mining – there’s a world of minerals in mobile devices from copper to quartz to silicon and more.

And about 40 percent of the global electrical supply is generated from coal.

In fact, nearly everything you touch every day is made possible or impacted by the mining industry.

As the Iron Mining Association of Minnesota says: “If it wasn’t grown, it was probably mined.”

Mining technology giant Caterpillar says it “seconds that notion”, adding that “even if it was grown, the process was likely made more efficient by mined products – for example, increased food production is aided by the use of fertilizer”.

The company produced the infographic above to illustrate its point. “Just look at some of the mined minerals found in our daily lives,” says Caterpillar.