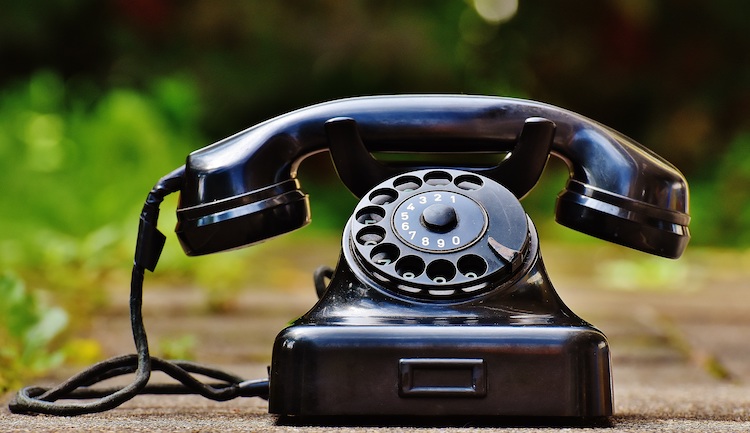 “Neither RedBox nor Netflix are even on the radar screen in terms of competition,” Blockbuster CEO Jim Keyes told the Motley Fool in 2008. His video-rental chain filed for bankruptcy in 2010. Today Netflix is worth $61.93 billion.

Sometimes the next big thing isn’t easy to spot. Sometimes disruption is staring you right in the face and you can’t help but look the other way. That’s doubly true when you’re the head of a legacy business desperate to stay relevant.

Business disruption has become the new normal that companies face on a regular basis whereas a decade ago it was the rare exception.

The major cause of disruption is the rapid advancement of technology and globalization, which allows new business models to be introduced at an ever-increasing rate and with rapidly declining costs.

Companies mentioned in this commentary positioned to benefit or at risk of disruption include:

Humanless retail versus brick and mortar

Many brick and mortar retailers are struggling to meet the demands of Millennials, consumers aged 21-37. Representing almost 25% of the entire population, this largest generation in history is responsible for an estimated $200 billion in annual purchases.

This tech-savvy demographic places a premium on time, convenience and favors machine automation over human interaction. In the absence of a cashier and the typical bricks-and-mortar retail environment, humanless retail attracts more customers more frequently who spend more.

These machines mean that customers can interact with merchants more quickly, without having to waste time standing in lines waiting on slow-moving employees.

Coupled with rising rents and wages in many places, it is becoming more expensive to maintain small stores and, as a result, automation will have a major impact on the nature of work in the coming decade.

While there are varying stats on how many jobs and work activities could be automated, the reality is that automation – supported by technologies like artificial intelligence, robotics and machine learning – will eventually transform virtually every industry and organization.

While many brick and mortar retailers have been slow to adapt to a humanless retail environment, Generation Next Franchise Brands has developed the world’s first fully-automated robotic frozen yogurt and ice cream vending kiosk designed to disrupt competitors: Pinkberry, YogenFruz and Menchies.

These “unattended” robots eliminate the need for costly rents, employees, food safety measures and are capable of operating 24 hours a day.

The company will roll out its production model this month and is projecting for calendar year 2018 a minimum rollout of 1,400 units worth an estimated $56 million in revenue.

Driverless cars versus the auto industry

For 110 years, General Motors has been making cars with steering wheels and pedals; but that just changed.

The carmaker’s self-driving arm, Cruise Automation, in January unveiled the latest version of its autonomous vehicle and the manual controls have been removed.

The autonomous car is currently being tested by major competitors that still have manual controls.

However, because the new GM vehicle is fully autonomous, the company says there is no need for manual controls, such as a steering wheel or accelerator and brake pedals.

Instead, the car has several interior screens that passengers can use to communicate with the vehicle.

Before GM can use the new vehicles, GM will need special approval from the federal government.

The company has filed a petition with the National Highway Traffic Safety Administration, requesting exemptions from 16 safety standards for 2,500 vehicles.

GM says that many safety requirements like an airbag in a steering wheel aren’t relevant because the vehicle doesn’t have manual controls.

On Friday, General Motors’ Cruise received a $2.25 billion investment from SoftBank’s Vision Fund. Once that deal closes, GM will invest another $1.1 billion. These investments are expected to enable Cruise to deploy commercially starting next year.

It’s all but a certainty that autonomous or driverless vehicles will be widely used in the United States at some point over the next two decades.

Google, Apple and Mercedes Benz are hard at work building their own self-driving vehicles. Tesla’s Model S already includes an autopilot mode where the car drives itself on highways.

Observers believe driverless cars will make automobile transportation a whole lot safer, and McKinsey predicts they could reduce US auto accidents by 90%.

Not only will there be fewer accidents, but smart driving software, like brake assists, will put less wear-and-tear on cars, necessitating fewer replacements.

By 2030, PwC predicts that electronics will account for 50% of automobile manufacturing costs, up from one-third today.

Meanwhile, traditional parts manufacturers will likely face competition from more technology-focused companies like Nvidia Corporation, which has been tapped by Tesla, Google and Delphi to help build the computers needed for cars to make their own driving decisions.

Renewables and clean energy versus oil

With the harmful effects of pollution and the advent of global climate change finally reaching everyday conversations throughout society, investors are finally starting to see the traditional energy sector respond.

As serious money pours into clean-energy research, the cost of renewables is plunging faster than anticipated as the efficiencies of wind turbines and solar panels increase.

This, coupled with huge advances in energy storage will see the continued decline of fossil fuels.

Incumbent businesses like Shell and BP are shifting their focus to renewable options as consumers gradually adopt clean energy options.

One of the most notable triumphs of the renewable cause has been the manufacture of economically viable electric vehicles, and the implementation of an infrastructure to support them.

SolarEdge Technologies in July of last year unveiled the world’s first inverter-integrated electric vehicle EV charger allowing battery charging from both the grid as well as a solar array.

The electric car charger integrated with a solar inverter will be able to work with Time-of-Use rates in order for electric vehicle owners to charge at the lowest rate possible on top of using the excess energy from their solar array.

This advanced power management technique squeezes just a little more performance out of your average solar power system than a traditional string inverter.

Consumers and businesses around the world are embracing SolarEdge’s advanced technology, making a big difference to the company’s financial statements.

Trailing sales have more than doubled over the last three years, while adjusted earnings and EBITDA profits multiplied fivefold. Free cash flows are skyrocketing even faster.

Importantly, cash profits are rising more quickly than the accounting structure we know as earnings. That’s a tax-effective way to produce high-quality profits.

Barron’s recently reported on a new study from Backend Benchmarking, which tracks the performance of robo-advisors.

As of December 31 of last year, Backend has two full years of performance data for certain portfolios within several automated investment platforms.

Their calculations show that the portfolio they built using the Charles Schwab Corporation Schwab Intelligent Portfolios had the best performance among similar taxable portfolios, with a return of 27.7%.

A robo-advisor is an online, automated portfolio management service. Because these companies use computer algorithms – a set of rules to choose appropriate investments based on your risk tolerance and time horizon – they can offer robo-advisor services for a fraction of the cost of a human financial advisor.

That lower-cost management, combined with features like automatic portfolio rebalancing and tax-loss harvesting, can translate into higher net returns for investors.

A robo-advisor is a good fit for investors that prefer to be largely hands-off with investments – letting someone else do the work of building and optimizing your portfolio – and you don’t have the kind of complex financial situation that requires a direct relationship with a human financial advisor.

The robo-advice market, is projected to grow to $7 trillion by 2025.