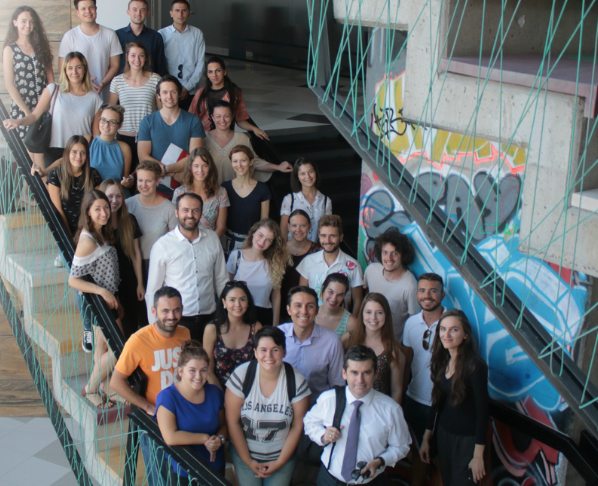 The first independent college in Kosovo is organising its “International Summer Academy” for the second consecutive year.

Students from different countries of the world have started applying for the second edition of AAB Summer Academy.

The second edition of Summer School, organized by AAB College, AAB Summer Academy, has already announced the call for application open for all interested students.

Unlike last year, this year AAB College has expanded the academic offer of Summer School, by offering three modules, such as:

AAB Summer Academy, will be held during 13th-24th of August 2018, in AAB College, meanwhile the program, even this year will contain tourist and study visits.

AAB Summer Academy has already transformed into an attraction and has started being recognized as an irreplaceable experience in Western Balkan, for European students and further.

This has been proven best, since the first edition, by the participation of students from many countries of the world, such as: Canada, France, Germany, Turkey, Belgium, Lithuania, but even from the region: Croatia, Albania and Serbia, who were beyond satisfied.

AAB Summer Academy, apart from its special modules with international and local lecturers, also offers a rich program containing study tours in the best places of the region.

Participating in AAB Summer Academy is special due to the fact that international participants have the rare opportunity to visit three countries at the same time, such as Kosovo, Macedonia and Albania and enjoy their most important attractions in a very short time.

During the first edition, the participant students visited the most interesting tourist places of the region like, Gryka e Valbonës in Albania, Matka Canyon in Macedonia and Kosovo’s most beautiful places: Prizren, Rugova and many other attractions.

Through courses and tours, international participants will be able to learn about the troubled history of these three countries and will get to know why they are important in peacekeeping in Eastern Europe.

Students will learn about the rich culture and heritage of Kosovo and the Albanian parts of this place of Europe, they will be able to interact with students of Kosovo as the youngest youth of Europe and to share their experiences with other students from different parts of Europe.

Participants will stay in Prishtina, the capital of Kosovo’s business, education and culture. Prishtina is a safe environment for internationals and is characterized by the hospitality that its citizens have.

Except the program activities, participants will be able to enjoy the exciting nightlife of Prishtina with night clubs and bars in every corner.

The application for the second edition, which opened days ago and will last until 31st of July 2018, has already brought several applications.

The call will continue to stay open for all students, whereas you can find the application procedures in the official page of AAB Summer Academy, by clicking here.