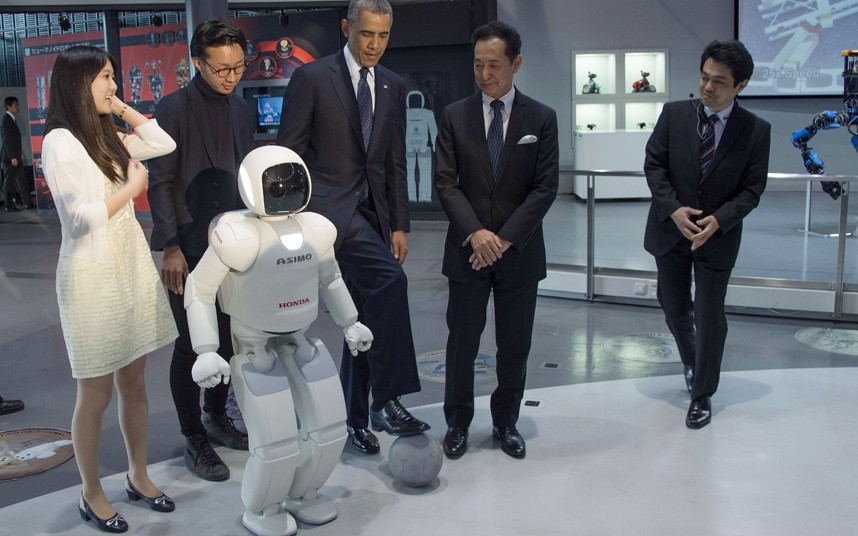 Honda is reportedly ending its development work on the iconic Asimo robot, which has become one of the most recognisable humanoids in the world.

According to various reports in the media, starting with the original article on the Nikkei website, Honda has stopped development of Asimo.

Nikkei does not quote anyone from Honda but reports that the team behind Asimo are being redirected towards the development of technologies in sectors such as healthcare and self-driving vehicles.

More broadly, says Nikkei, “the  team at the heart of Asimo was recently reborn as R&D Center X, which will be in charge of the company’s robotics strategy”.

Work on the original Asimo robot started in 1986, with a first public debut in the year 2000.

The most recent model, which was shown off to the public in 2011, is the seventh iteration.

Among the many technologies Honda is currently concentrating on is its successful Hondajet, a small aircraft for business flights. It is also developing exoskeletons and a self-balancing motorcycle, which has been shown being ridden by a new humanoid robot.

The company is also developing new types of fuel cell batteries, a lawn-mowing robot and a variety of sensors and artificial intelligence technologies.

The main reason why Honda seems to have stopped working on Asimo is that it could see “no payday on the horizon”, according to Nikkei.