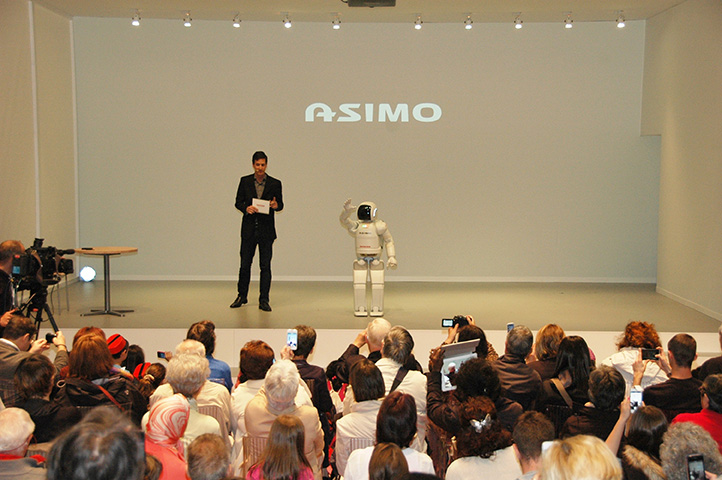 Humanoids are probably the type of robots that the general public finds most fascinating.

Yes, industrial robotic arms have their own attractions – the way they move so precisely and can work endlessly – but humanoids, for obvious reasons, possess the ultimate allure.

And if they take the form of your favourite person in the world – perhaps that film star you’ve had a crush on all your life – well, you’re practically in heaven.

But that’s not really the way things are working out. Humanoids are apparently struggling to find a place in today’s market.

Honda has become the latest company to pull the plug on its humanoid venture, Asimo. Nikkei, which first published the story, says Honda could see “no payday on the horizon”, meaning, of course, the company could not see itself making money from it.

Exactly why Honda started the Advanced Step in Innovative Mobility project is unclear – other than to learn about robotics technology.

The idea of making money with it may have occurred to Honda, and the styling of Asimo – with spacesuit and helmet – was probably meant to attract the aerospace market.

But just today, media reports suggest that Honda is stopping development of Asimo in favour of other technologies which have clearly-defined and revenue-generating markets – the Hondajet aircraft, sensors, new type of battery technologies, exoskeletons and so on.

Anything but humanoid robots basically.

Alphabet, which owned Boston Dynamics, came to a similar conclusion a couple of years ago.

The company which owns Google, a vast revenue-generating enterprise, could not see where the money was going to come from in humanoid robots.

So, despite the amazing technical achievements Boston Dynamics made in the development of its humanoid and canine robots, Alphabet sold the division off to SoftBank Robotics.

If Alphabet can’t do it, and if Honda can’t do it, It’s difficult to see anyone being able to make money from humanoids.

The problem is obvious: humanoids are immensely complex machines, even if they attempt to mimic even one small portion of what a real human does.

Honda concentrated on walking, climbing stairs and so on. Boston Dynamics seemed to have got the balance thing down.

But the average member of the general public expects a lot more than that from the average humanoid.

The average person has probably seen hundreds of perfectly well-functioning robots depicted in films which can not only walk without falling over, they can talk and do all sorts of things that a real human can do – if anything, the robot in the film can do things even better than real humans can.

One may argue that this leads to people having unrealistic expectations of the humanoids currently being developed by many talented, highly motivated, and reasonably well-funded roboticists who are developing these machines.

And those unrealistic expectations are not even close to being met at the moment.

Yes, some small aspect of a humanoid can creep people out because it is so realistic – opening doors, smiling or whatever – but these things, in truth, are limited in number and even quality compared with a real human.

But for now, for the type of humanoids which we are regularly given glimpses of through television shows such as Westworld and Humans, we would have to pay several million dollars each – possibly more.

Even then, they’re unlikely to be “perfect” in the sense of being able to mimic human behaviour well enough.

Nonetheless, tissue engineering and other types of actuation and “soft robotics” in general would appear to be the way forward, rather than the mechanical components used by humanoids today and in the past.

The fluidity of movement is missing, which is not surprising since they are all mechanical.

Once that is solved, however, the market may open up. It’s unlikely they will need to be able to communicate perfectly if they can move well and perform some complex tasks that humans do – like household chores.

Of course, conspiracy theorists will say that such robots – or androids or cyborgs or whatever you want to call them – already exist. We built them using alien technology. But we don’t know about any of that for sure.

It would, however, be highly surprising to the point of being impossible that unscrupulous secret organisations with large amounts of money would not have at least attempted to build realistic humanoid robots and androids.

Android armies who can be commanded to do absolutely anything are the stuff of the average megalomaniac’s dreams, so if it hasn’t been done already, it’s absolutely, positively on their lists of things to be done.

But for now, humanoids that look human will mostly live on screen and in research and development facilities.