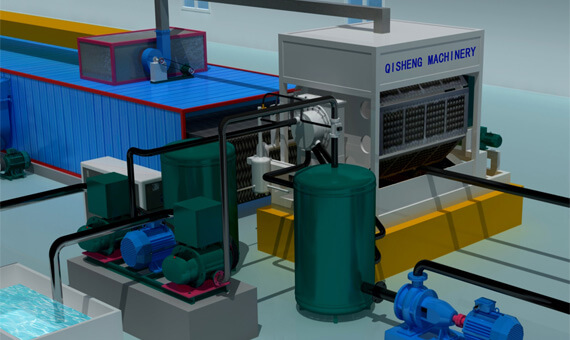 People are generally allergic to change, even if it can help them. We are used to living our lives a certain way and discourage change, often neglecting its benefits.

However, change is constant and you cannot stop it, especially when it comes to technology.

Consider escalators. They replaced stairs, which helps people climb quicker and without much effort, but when the technology came out, it was hated due to the myths and a lack of understanding about how escalators worked.

Such is the case with every new technology that comes out. People are not willing to accept it, usually due to the myths.

In this article today, we are going to talk about automation that can help businesses reduce costs and improve output. Despite its obvious benefits, many entrepreneurs are still away from it because of the myths surrounding automation.

For example, many business persons know that it is possible to make more egg tray machines by buying a molding machine, but many still have not done so due to myths related to automation.

Now without much ado, let’s debunk these myths one by one:

The mindset many business people have is that automation is expensive and hence not affordable. However, that’s not true.

Yes, automation is expensive to implement, but you can very quickly get returns due to high ROI and turn it into a profitable venture. Implementation of RPA (Robotic Process Automation) has made many businesses happier by bringing them more profits by allowing them to increase output at low cost.

Another myth is that automation practices are temporary and will soon fade away with time. But, again, this is just a myth.

Automation is here to stay. This is because improvements are constantly being made to improve efficiency, which is all that a business needs.

On top of that, artificial intelligence (AI) is also being used to improve results. Consider Google Assistant, which is a virtual assistant that can help you do several tasks.

This technology has only improved over the years and can do a lot more today than it could do yesterday. Looking at this we can rest assured that automation is here to stay, but it will continue to improve with time.

3. It’s Dangerous And Can Take Over Humanity

This is not a Hollywood movie and robots are not there to kill humanity. There’s a fine line between fiction and reality. Moreover, people often confuse intelligence with consciousness.

When a robot makes a decision, it’s their intelligence talking not their conscious. Machines and robots are made to solve problems in less time and aid mankind, not take over them.

Let’s not forget the fact that humans hold the reins to everything they make and can pull the plug if need be. Despite there being videos of robots talking about taking control of the world, that’s not going to happen.

Robots do what you ask them to do. If you are careful about your orders, nothing will go wrong.

4. It Will Eliminate Jobs

Robots might be replacing humans, but they are also opening more jobs. More businesses are opening due to the rise in technology, which results in more jobs. Plus, we need humans to improve technology and perform repairs on machines.

There will always be a market for humans, but they need to continue to improve to meet the changing demands of businesses.

5. It Is Not Suitable For All Industries

Again, a myth. Robots are required in almost every line of field. They are being used everywhere, from buses to airports to restaurants.