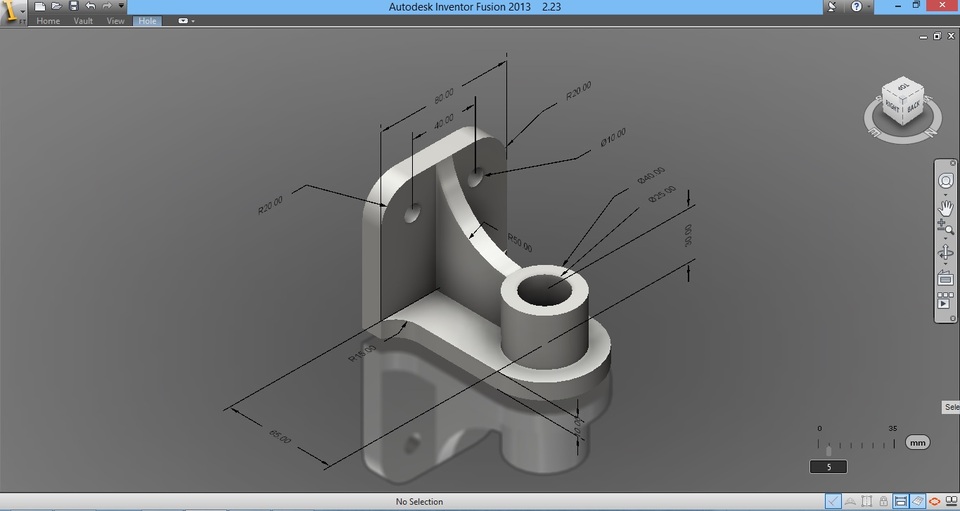 In this article, Robotics and Automation News provides an overview of software available for designers of products, components, and systems

It’s very unlikely that paper and pencil will disappear completely – the headline’s just journalistic hyperbole. But they’re certainly not used by as many people as in the past.

Pencil and paper will probably always be used to sketch out ideas in the initial stages at least, but with more tablet computers around, along with digital pens or pencils designed for use with them, even those most humble of materials and instruments are getting serious updates.

It’s very unlikely that more than, say, one in a hundred people would continue to use pencil and paper once it has gone past the sketching stage into the actual design phase with a view to producing prototypes.

Nowadays, it’s much more likely that an industrial designer will use a software application.

And among the most well-known companies which provide computer-aided design, or CAD, applications are:

There is some overlap between CAD software and what is called product lifecycle management applications, but beyond saying PLM is a broader look at the whole production process, we will leave the details for another article.

Most of the companies in the above list provide more than one application for design and engineering simulation. Often, the applications are bundled into one package for the convenience of specific job types.

Autodesk’s Product Design & Manufacturing Collection – which bundles together more than a dozen applications – is one example.

This makes collating statistics on the usage of CAD software rather difficult, but the table below from iDataLabs.com gives us an idea of which companies are market leaders.

Computer-aided design in the cloud

It used to be that CAD applications, being rather expensive, had limited numbers of users. Looking at the table above, users for each are still mostly counted in the thousands rather than hundreds of thousands or millions, but these are nonetheless far larger numbers than they would have been just five years ago.

According to an interesting article outlining the history of CAD, published on Scan2CAD.com, the first demonstration of cloud CAD was by Solidworks in 2010. AutoCAD released its cloud offering, called Fusion, in 2013, and Onshape came along in 2015.

Onshape is notable because it is cloud-only, as is another new CAD application, called Vention, which specialises in enabling users to not only design something like, for example, a robotic work cell, but also takes orders for the parts and gets the thing built for you.

Using these applications can still be expensive. For example, Autodesk’s Product Design & Manufacturing Collection costs almost $400 a month or around $3,000 a year to use online, while Onshape charges $1,500 per user per year.

Onshape has a free version, as does Vention, so it may be worth checking these out before opting for one of the premium packages.

But the ability to pay a relatively small amount as you go from month to month, starting and stopping your subscription whenever you need to, has encouraged the much-wider adoption of CAD applications.

By 2016 revenues, the main sectors using CAD applications are manufacturing and engineering, according to data collated by Grand View Research.

Overall, the total market is projected to grow from $7 billion a couple of years ago to around $11 billion in 2023, according to figures on Statista.

The pie chart below uses data from Jon Peddie Research, as published on DigitalEng.news, to show which companies were raking in the revenues in 2014, before cloud CAD became a big thing.

The architecture and construction sectors have been using CAD, specifically AutoCAD, for a long time. So, too, have the manufacturing sectors.

But with the new digitalisation trend sweeping all industries before it, the growth of CAD is seeing something of a boom, and the prediction that it will reach $11 billion in revenue is probably conservative.

Now, everything is being digitised – from large facilities such as factories and warehouse buildings right down to individual components and even molecules.

Yes, CAD is increasingly getting into the molecular level and providing designers with simulation capabilities using real-world data.

This, too, has been around a long while, but in the past, it was either prohibitively expensive or the computing systems necessary were not available.

Now, with applications like Autodesk Inventor and Ansys, anyone can access these powerful features, perhaps using the cloud to simulate super-large sets of data.

Another interesting feature of CAD which may see an increase in usage is something called “generative design”, which is where you let the software design something for based on parameters you set.

This was one of the features touted in Autodesk Netfabb, which is specifically aimed at designers who use 3D printers to output their work.

Generative design is said to produce quite unusual shapes, which would seem ideal for 3D printers to output for testing, or perhaps rapid-prototyping using injection moulding.

Another aspect of this market to keep an eye on is that many of the suppliers of 3D printers also provide software.

These applications are unlikely to replace the all-purpose applications provided by the big companies, but it will be interesting to see how the market develops over the next few years.