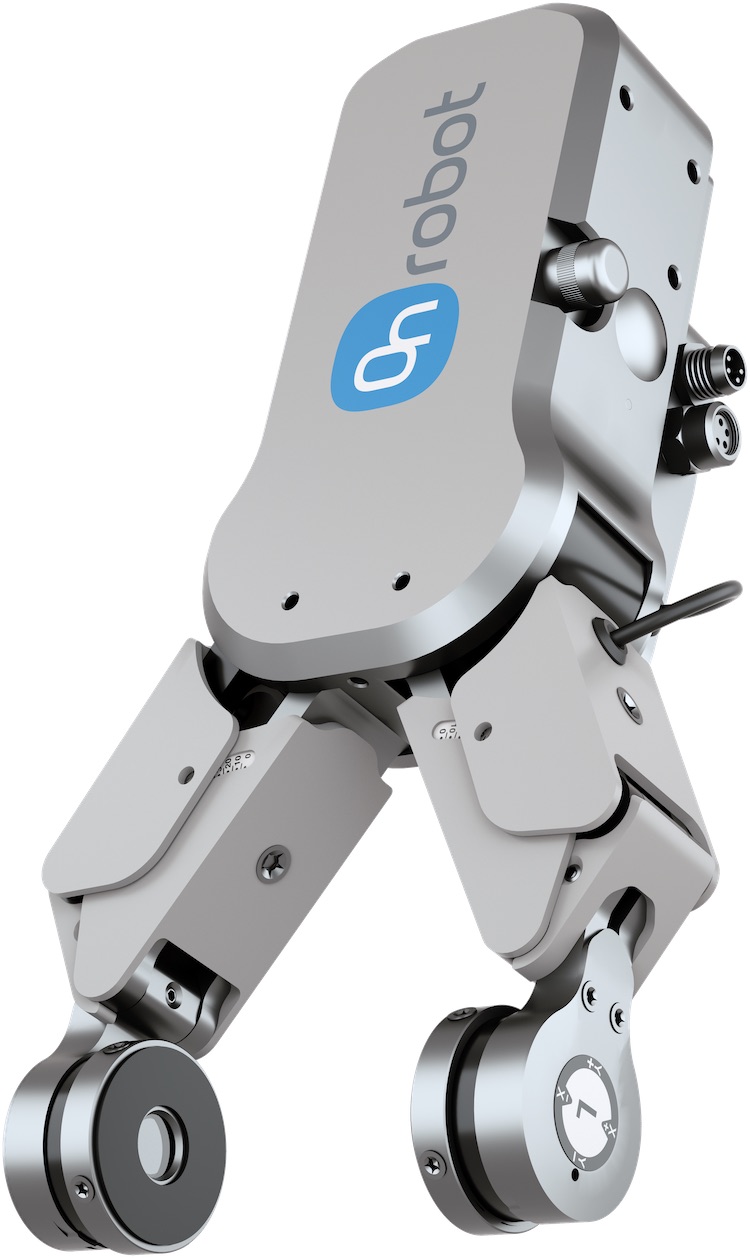 The new products are:

OnRobot says these “innovative solutions will open up new areas of application for collaborative robotics” at the same time as making implementation “even easier”.

Enrico Krog Iversen, CEO of OnRobot, says: “Collaborative robots have the potential to become the comprehensive standard in industrial automation.

“We want to contribute and unleash this potential by taking the next step: To make collaborative applications even easier to implement and to take them into completely new areas of application – this is the rationale for all our new products that we are presenting here at Automatica.”

Developed by the start-up Perception Robotics which merged with OnRobot, The “Gecko Gripper” (pictured above), offers a completely new approach, says the company.

Its inspiration comes from nature, applying the same adhesive system for gripping as that of the feet of a gecko, which is a type of lizard.

Millions of fine fibers adhere to the surface of the workpiece to generate strong van der Waals forces, named after Johannes van der Waals, and referring to distant-dependent interactions between atoms or molecules.

For the “Gecko Gripper” technology, OnRobot licenses a concept originally developed by NASA Jet Propulsion Laboratory and brought it to market maturity.

In contrast to vacuum grippers, the “Gecko Gripper” seamlessly handles perforated or porous workpieces such as printed circuit boards.

The gripper is compatible with Universal Robots and Kawasaki robotic arms.

The high degree of innovation has led to the system being among the three finalists of this year’s renowned IERA Award.

The renowned robotics prize for innovation and entrepreneurship is awarded at Automatica.

Its two fingers can be individually aligned and have integrated tactile sensors at its fingertips. The gripper precisely measures the condition of an object’s surface and aligns its gripping processes accordingly.

These properties make it a fundamental enrichment, especially when working with sensitive or irregular objects. The Polyskin Tactile Gripper is also compatible with Universal Robots and Kawasaki.

OnRobot will be launching the “RG2-FT” (main picture) a variation of the original “RG2” gripper. This new version has integrated force-torque sensors and a proximity sensor, that accurately detects the condition of objects.

This model of gripper is particularly suitable for use in precision assembly and is compatible with lightweight robots from Universal Robots and Kuka.

The OnRobot product line for force-torque sensors based on OptoForce technology, “HEX”, whilst not a new product, will be revealing a substantial technical upgrade.

The innovations are primarily designed to make installation and handling of the sensors even easier and faster, says OnRobot.

Mounting is now up to 30 percent faster, partly thanks to overload protection now integrated into the sensor, which no longer has to be removed and mounted separately when attaching to the robot arm.

Furthermore, the weight of the sensor can be reduced by 20 percent. With a new, improved sealing ring the “HEX” products are better protected against dust and water.