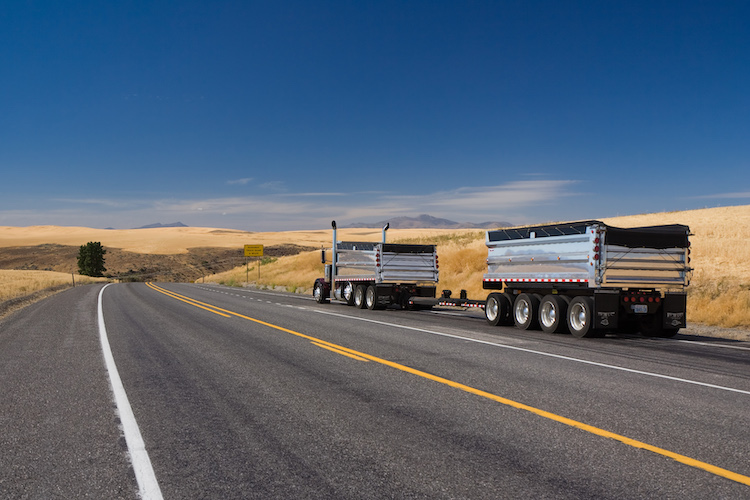 In this article, Robotics and Automation News marvels at the driverless trucks being developed for freight operations.

Most people know what “freight” means – it refers to the movement of goods by road, rail, sea or air. Beyond that, terminology in that sector can get a little complicated, mostly because some terms are interchangeable.

Logistics, for example, is often used to mean the entire process of moving goods, although professionals in the industry use it to mean a similar thing to freight.

Non-professionals, like me, probably get the terms “supply chain” and “logistics” mixed up, but apparently supply chain refers more to facilities where material from a variety of suppliers may be handled and prepared for transport, or freight.

Whatever the nuances of meaning of industry jargon, most people would agree that when you say “road freight”, you almost certainly mean trucks moving goods.

Trucks are not only the most visible sign of the logistics industry, they are also the most important mode of transportation in terms of revenue and weight of goods.

In other words, trucks move more goods than any other type of vehicle in the transportation system within a country or region, although it must be said that globally, sea vessels dominate the intercontinental movement of goods.

According to the US Department of Transportation, in 2015, the US transportation system moved a daily average of about 49.3 million tons of freight valued at more than $52.5 billion.

And data published by the DoT shows that trucks carried seven times the weight of goods that rail did in the US in 2015. (See graph below.)

The bar chart above shows that, in terms of weight, trucks carry approximately seven times as much freight as does its nearest modal competitor, rail.

We’ll ignore the pipeline mode because it has limited applications in that it just carries gas and oil, mainly – not goods in the sense most people think of them.

Clicking on the second tab there shows what the DoT thinks the situation will be in the year 2045. It’s a long way off, which is helpful for this article because it’s probably enough time for people to get used to the idea of driverless road vehicles.

And it may not be just the idea people need to get used to – it may be the reality of actually sharing the roads with the robotic vehicles.

There are at least three plausible reasons why people will inevitably to give in to driverless trucks and other vehicles, and they are:

Also, if the DoT’s projections for 2045 are accurate, then the 40 or so per cent increase in truck freight the government is predicting will require a lot more vehicles to be delivering goods.

So, even if the decrease in the number of people applying for jobs as truck drivers halts or even reverses, it may still leave a lot of goods in the warehouse needing delivery.

All things considered, however, sometimes you get the feeling that technologists build things just because they can rather than because they see a definite demand.

Meaning, even if there were logical reasons why engineers should build driverless trucks, they’d probably do it anyway.

Below is a list of companies which are not only researching developing driverless trucks, they have also been tested them and, in the case of Komatsu or Caterpillar, which are doing a roaring trade with them, albeit in the mining sector, where large areas are closed off to the public.

That’s just a selection – there’s probably a whole load of other companies working to bring driverless trucks to the market.

You could say there’s something of a race on, but it’s not just about technology.

There are obviously huge political, social and economic implications of introducing driverless trucks.

In the US alone, there are approximately 3.5 million professional truck drivers.

No one is saying they’ll all be out of a job overnight if driverless trucks are brought in, but US transportation secretary, Elaine Chao, is having to consider more than just whether the engineers have made the technology safe enough.

And while Chao has already expressed support for deregulation to allow self-driving cars to be tested more freely, she is still taking consultation regarding driverless trucks.

Chao’s previous role in government was at the Department of Labor, which is probably why she was picked for the role, as it looks like there will be some upheaval in the trucking sector over the next decade or two, if not sooner.