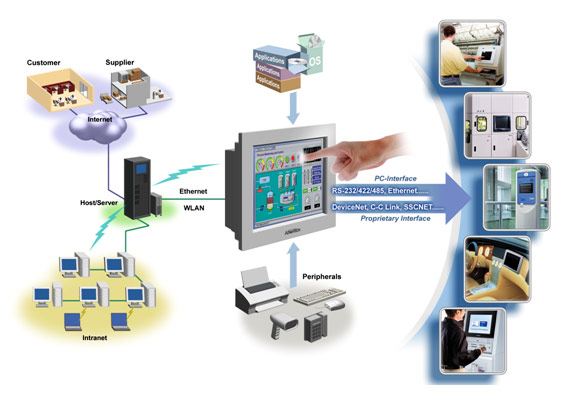 Industrial computer maker Advantech has outlined its European growth strategy as it enters its next phase of IoT development.

One of the company’s main targets is the generation of revenues of €350 million across Europe by 2025.

Advantech is accelerating the establishment of branch locations throughout the region, to “better leverage its 25 years of local industry experience”, says the company.

It adds that a new “co-creation model” is also being adopted by the company to construct the industrial internet of things ecosystem and to strengthen the influence of vertical domains.

This will culminate with an IoT Co-Creation Summit scheduled for November 1-2, 2018 in Suzhou, China, where Advantech will unveil its new vision for the next phase of IoT development and map out a course, along with industry partners.

“The company opened a new European Service Center in Eindhoven recently. The completion of this center is Advantech’s first step towards becoming Europe’s most comprehensive IoT solutions provider.”

The company employs some 400 people in Europe and has a presence in 10 European countries. A new branch location was opened in Stockholm last year.

“Headquarters in Taiwan also assist with the optimization of local organizations, talent and culture, and will also seek business opportunities through a regional advisory board.

“An increased sales presence here is one of the company’s primary goals to actively respond to recent developments in Industry 4.0 trends in the EU.”

Various Advantech product divisions from headquarters are now fully connected with European frontline business teams, and the compound annual growth rate from 2014 to 2017 has reached 25 per cent.

Over the next three years Advantech says it will seek to:

To assist with the company’s growth strategy for IoT development and help various fields adopting intelligence solutions, Advantech will host for customers and partners an IoT Co-Creation Summit this coming November.

The summit will take place at the International Expo Center in Suzhou. China, on November 1-2, 2018, where the results of cooperating with various eco-partners will be showcased.