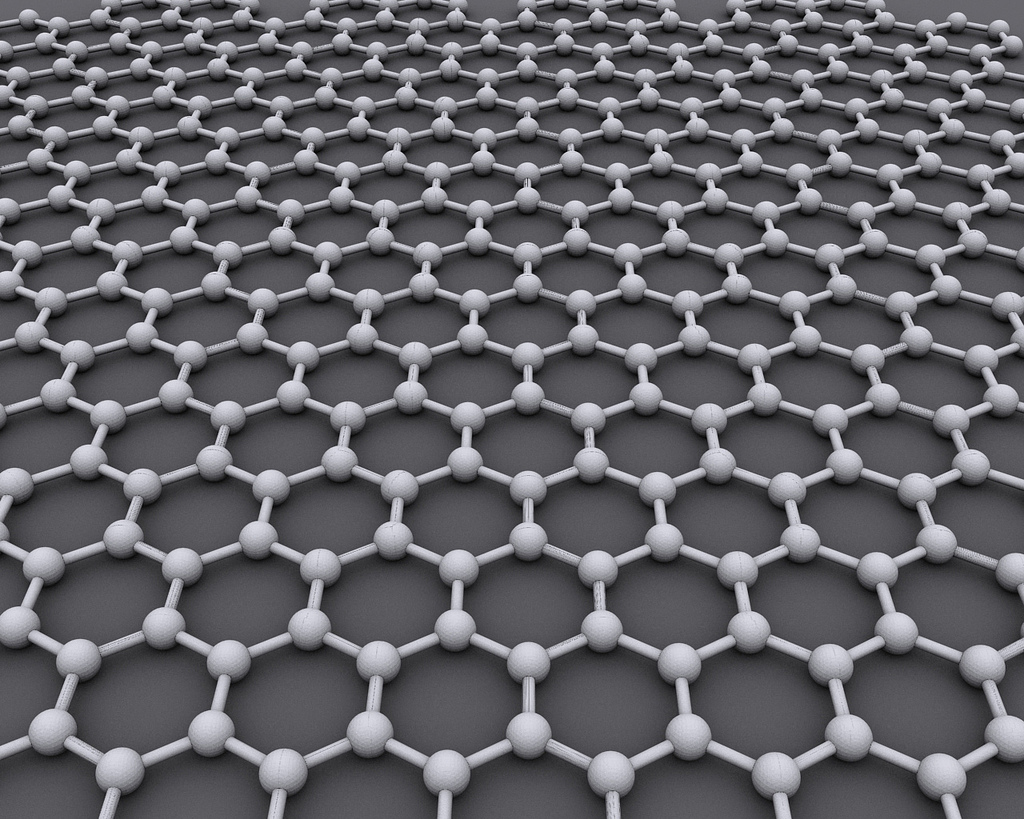 Electric vehicle manufacturers and battery makers have long been searching for the “holy grail” technology that could lower the cost of batteries while also extending their range.

Government research labs, venture capital, startups, and large corporations have all toyed with different ways to get to the promise land.

But one material is emerging as the most promising innovation to date that could actually lead to cheap, long-range and fast-charging electric vehicles: graphite.

Companies included in this commentary are:

Graphite is a crystalline form of carbon. Within graphite is graphene, the world’s thinnest material that has some superlative properties.

Graphene is incredibly durable and tough – 200 times stronger than steel – yet ultra-lightweight.

It is described as the world’s strongest and lightest material. It is also transparent, and conducts electricity substantially better than copper.

Electrons can travel using graphene with virtually zero resistance and no heat loss, nearly qualifying it as a superconductor.

These virtues have singled it out as one of the candidates most likely to take lithium-ion batteries to the next level, potentially leading to a breakthrough for electric vehicles. The thinking is that graphene will allow EVs to recharge must faster and go longer distances.

The only problem is that production of graphene is still low. Graphite itself is still cheap, but the trick is rendering out the graphene.

Scientists were only able to separate out graphene in 2004, and researchers and entrepreneurs are still looking for ways to mass produce the material at low cost.

There lots of ideas to render out graphene – synthetically, electrochemically, ultra-sound and microwaves are just a few.

Another method that shows promise is one using a bio-electrochemical industrial process, as in the one pioneered by a small company called BEGO, a company based in Hong Kong.

BEGO’s process is low-impact, using naturally occurring microbes, along with salt electrolytes and electrodes to coax out graphene from graphite.

Unlike some competing approaches from other companies that typically use electrochemical or expensive synthetic processes, BEGO only operates in ambient temperatures, without heat, pressure or vacuum.

As a result, BEGO argues that it can produce graphene in a safe, clean and inexpensive way.

The process is apparently so exciting that Global Li-Ion Graphite Corporation (LION; GBBGF), a pure-play graphite producer, decided to invest in BEGO.

BEGO will welcome the investment as it will provide a cash injection at a time when the company is trying to scale up.

LION is eager to accelerate the graphene production timeline, which will provide a jolt to the market for graphite – which LION produces.

LION (LION; GBBGF) has graphite assets in Nevada and Madagascar, two locations that might seem random, but are strategically positioned to take advantage of mass EV manufacturing in Nevada (think Tesla) as well as the EV markets in China and India.

Graphite demand is expected to skyrocket as electric vehicles gain traction – graphite demand could double in the coming years, according to UBS.

For now, graphite prices remain low. The rush for materials and commodities needed for EV manufacturing has set off multiple bull runs. The price of lithium has skyrocketed as automakers scale up EV production. Cobalt has also seen a huge run-up in prices.

The company, or companies, that figure out how to mass produce graphene could be at the center of the EV boom. Graphite producers, such as LION, will also see a bright future.

If they succeed, the era of the electric vehicle could come a lot sooner than everyone thinks.

Other companies in the electric vehicle and lithium space:

General Motors (NYSE:GM) is a household name. GM was born at the turn of the 20th century and has been a leading innovator in the automotive industry ever since. Even though it’s been surpassed in market cap by Tesla (of all companies), it is still the furthest ahead of the Big 3 car makers from Detroit in terms of EVs and self-driving cars.

Recently, GM acquired Cruise Automation-a self-driving car company, and it seems determined to forge ahead even faster to play catch-up with the future. Additionally, GM is a leader in the booming electric vehicle market. As countries across the world begin to pass regulations on combustion engines, GM stands to gain significantly as an early adopter in the EV game.

Global X Lithium ETF (NYSEARCA:LIT) has been around for 7 years, but it’s not a stunning stock story like Tesla. What it is, however, is a safer bet on lithium. There’s not as much to lose here. Year-to-date, LIT is up over 25%, and they remain steady.

This fund has more than $262 million in assets, and it tracks the Solactive Global Lithium Index of companies that engage in lithium mining, refining and battery production. And it gives you exposure to Tesla, as well as to miners like FMC Corp.

FMC Corporation (NYSE:FMC) founded in 1883, FMC has been around the block and back. FMC has a long history stretching between many different industries, but within all of them, FMC has remained a leader in innovation.

FMC’s involvement in the lithium industry is particularly notable. The company is one of the top three in lithium and associated technologies. It is one of the largest suppliers into electric vehicle applications using lithium hydroxide.

Strong growth in lithium is expected to drive margins for FMC and major expansion, leading analysts to give it an outperform rating. The company’s full-year 2016 results were impressive, with lithium segment earnings of $21 million-up an amazing 90 percent from Q4 2015.

Magna International (NYSE:MGA) is based in Aurora, Ontario. The global automotive supplier is gutsy and innovative – and definitely tuned to the obvious future – clean transportation.

A great catalyst is its development of a combo electric/hydrogen vehicle – a fuel cell range-extended EV.

It’s not going to produce them (for now, at least) but plans to use the model to show off its engineering and design prowess and produce elements of the electric drivetrain and contract manufacturing.

The company’s auto parts are distributed to heavyweights such as General Motors, Ford, Tesla, BMW, Toyota, Volkswagen and Chrysler.

These huge deals provide a safe and steady profit stream for the company. It’s insightful, forward-thinking and smart value / low cost for shareholders.

Pretium Resources (NYSE:PVG): This impressive Canadian company is engaged in the acquisition, exploration and development of precious metal resource properties in the Americas.

Additionally, construction and engineering activities at its top location continue to advance, and commercial production is targeted for this year.

The company’s modest market cap and stock price make it an appealing buy for investors. Pretium has an impressive portfolio and if you can catch the stock while the price is right, there could be huge.

(Note: This article was written by Meredith Taylor, of Safehaven.com. It was originally a paid advertisement, but not on this website. We are not being paid for it – we are publishing it because we think it’s interesting and might be useful to our readers.)