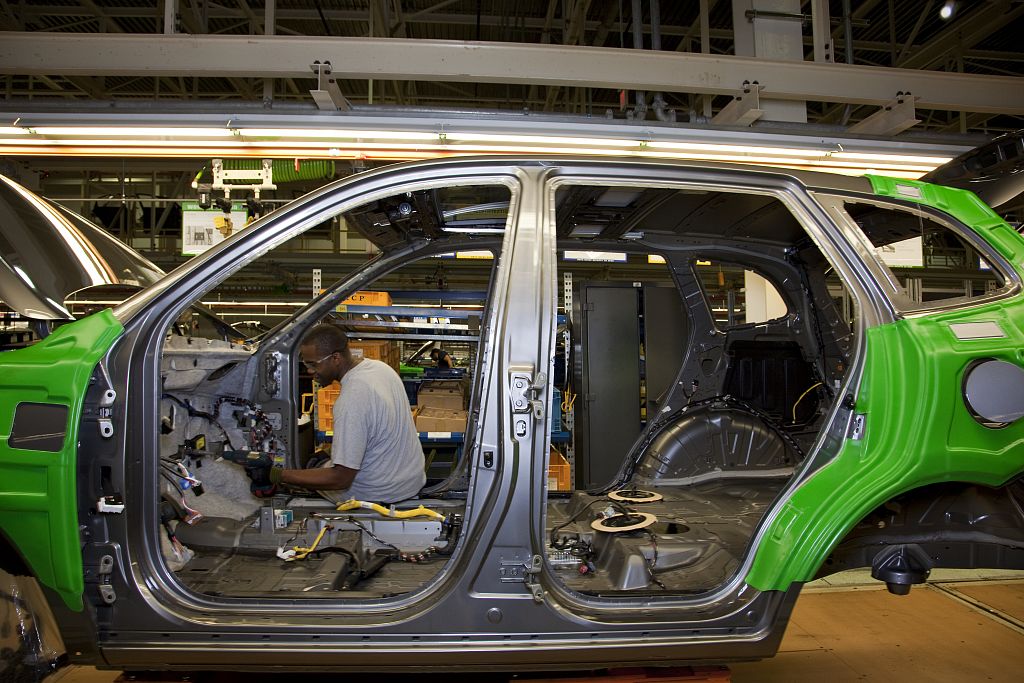 In this article, Robotics and Automation News ponders on the prospects for, and recent history in, America’s manufacturing sector.

One of the main reasons Donald Trump won the US presidential election is because he pledged to revitalise the American manufacturing sector and bring back jobs that have been lost to other nations over the past couple of decades.

Some may argue that he’s done well so far, persuading big-name companies such as Apple and General Motors to increase their investment in manufacturing operations in the US rather than spend the money abroad.

Numerous other companies also responded to Trump. It was difficult not to since, in many cases, he called them directly and held meetings with them about the issue.

Whether Trump’s interventions with individual companies have made any difference to the overall perception of a US manufacturing sector in decline is debatable. But certainly, he has managed to bring in a few billion dollars which may have otherwise gone or remained outside the US.

Some of the companies which responded positively to Trump’s call for diverting investment from overseas to the US manufacturing sector include:

Big companies investing in US
Infogram

Manufacturing in the US economy

According to a variety of data, the largest portion of the US gross domestic product is made up of services. In other words, the services sector generates more revenue than any other.

Services make up around 80 per cent of the US economy.

Manufacturing, as a sector, is reported within the broader “Industry” category, which accounts for around 20 per cent of GDP.

But that’s just one source. Other sources probably calculate things differently because they come up with different results.

For example, in its 2015 report, the Economic Policy Institute noted that, while one way of looking at manufacturing shows that manufacturing industries generated $2.1 trillion – or 12.5 per cent – of GDP, another way shows that it had a gross output of almost $6 trillion, which was about 35 per cent of GDP in that year.

Whatever the figure, the EPI says: “Manufacturing is by far the most important sector of the US economy in terms of total output and employment.”

The manufacturing sector supported more than 17 million jobs in 2013. That figure is now well under 15 million, according to Statista.

But other than still employing a lot of people, EPI says: “Manufacturing provides a significant source of demand for goods and services in other sectors of the economy, and these sales to other industries are not captured in measures of manufacturing sector GDP but are counted in the broader measure of its gross output.”

US states with the most robots
Infogram

Humans competing with robots for jobs

One of the things about the idea of “bringing jobs back to the US”, as Trump repeatedly said, is that, in manufacturing, an increase in production capacity may not necessarily increase employment of human workers.

Increases in productivity are often the result of more use of robotics and automation technologies, which does create jobs, but fewer than what one imagines is the perception in the public’s mind – of long rows of people on assembly lines.

That still exists, humans still do work on assembly lines, but it seems unlikely that human employment would be a priority for a company that is going to invest tens of millions or even billions of dollars in building new manufacturing facilities or upgrading its old ones.

Our “humourously” titled bar chart above shows human employment and robot numbers in some areas of the US. It would be interesting to see an update in a  year or two, especially as Brookings found that robot numbers in Detroit, Michigan went from under 6,000 in 2010 to more than 15,000 in 2015.

Nevertheless, as noted by the EPI and many others, the manufacturing sector creates jobs in other sectors.

And while each company may support fewer human employees, productivity rates may increase across the country as well as the level of advanced skills that many workers have.

Indeed, some argue that there seems to be a trend developing where cottage industries may be forming in sectors where previously only very large industrial companies could have developed and manufactured products.

Technologies such as digitalisation, on-demand manufacturing, robotics, automation, 3D printing and so on are making all this possible and creating a new, more diverse manufacturing ecosystem.

And just in case we get berated by Trump fanatics for not being positive enough, we point to another graph, by Trading Economics, which suggests that the US manufacturing sector generated $1,984 billion in revenue in the fourth quarter of 2017.

That’s above the average of $1,860 billion per quarter, according to the website.