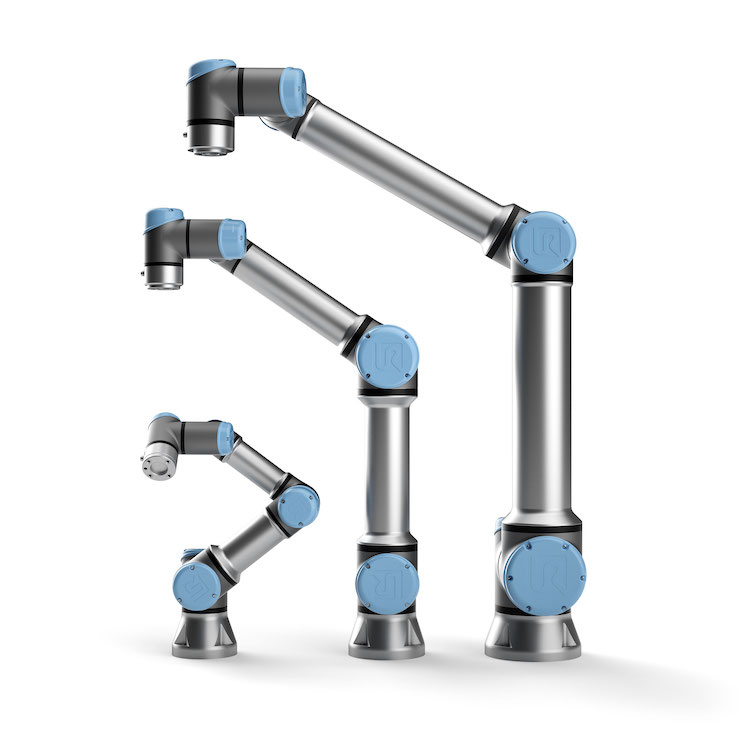 The company unveiled the new robot arms at Automatica, in Munich, Germany, and says the innovation is the result of Universal Robots “continuing to improve its ground-breaking technology”.

The e-Series includes technology advances that enables faster development for a wider variety of applications, offers easier programming than ever, and meet the very latest ISO safety standards.

Jürgen von Hollen, president of Universal Robots, says: “Our e-Series platform is leveraging our years of experience as the market leader within collaborative robots combined with our overall product philosophy of empowering, keeping it easy and making it accessible to everyone.

“The technology behind e-Series as well as our unique Universal Robots+ ecosystem will give users much more operational ease and flexibility, and give them greater production output.”

Built-in, tool-centric Force/Torque sensor gives the e-Series the superior precision and greater sensitivity needed for deployment in an even wider range of applications.

From the outside, to look at, they don’t seem much different from earlier models (see main picture), but Universal Robots says that the new e-Series offers “unparalleled convenience”.

It takes “just one hour” to unpack the cobot, mount it and program the first task. A wrist-joint-tool communication interface reduces production line integration time and complexity.

Meanwhile, from a service standpoint, all joints can be replaced in “2 to 6 minutes”, claims the company.

Universal Robots says there are 17 safety functions, including customizable stopping time and distance, which make collaborative automation “easier than ever” – even for small and medium businesses.

The e-Series is certified by TÜV Nord, and all these functions are in compliance with the EN ISO 13849-1 and EN ISO 10218-1 (Cat. 3 PLd) machinery safety standards for unobstructed human-robot collaboration.

Universal Robots says it will start taking orders for the e-Series “immediately” and plans to begin shipping units to customers from August 1, 2018. Lead time is expected to be the same as with its other products – five days.

Universal Robots is currently available at Automatica in hall B4, booth 303.

Below are some of technical details of the e-Series supplied by Universal Robots.