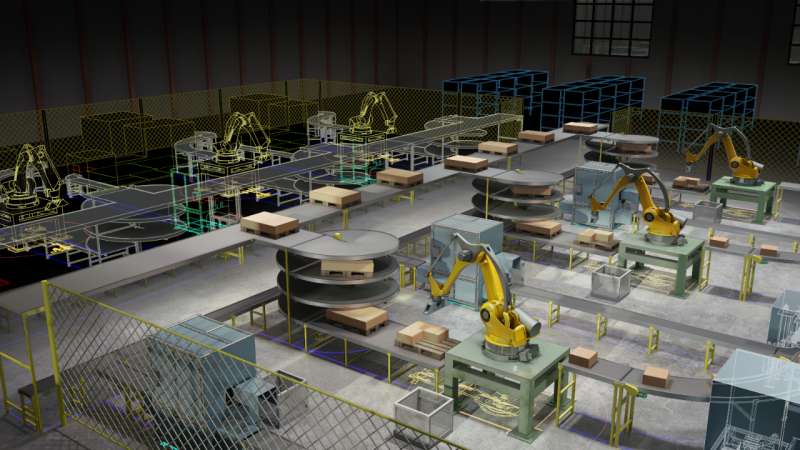 In this article, Robotics and Automation News wonders what it would be like to invent something and make millions from it

Many people dream of inventing something amazing and making millions or even billions from it. And here at the office, we’re no different.

All of us have ideas of our own and some of us are shameless enough to talk about them, although, as many of you will know, designing and developing, and then manufacturing and selling a product is not an easy task.

But without getting into the complexities further down the line, let’s look at the stage at which it’s just an idea.

We have some great ideas here at the office, but given how many millions of people out there not only have ideas of their own but also go ahead and make them, we’re not sure if they’ve been done before.

Here is a list of just three of our ideas for products which we think will easily make us all multi-trillionaires if only we had the time to develop and manufacture them – maybe some day soon:

Some of us used to be good at drawing many years ago, but I now find that my sketches would probably be described as being slightly rubbish. My excuse is I’ve never used Autodesk SketchBook or Apple Pencil on iPad Pro before.

Anyway, the above sketches show you our sketches for two of the ideas – the right-angle spade and the spherical fan. For the other idea, we have included a picture of the plant leaf in question (on the right). I suppose we could have drawn an umbrella, but that seems too challenging for now.

The umbrella idea might be best to deal with in another article since it would take us into the area of materials science and we could find out what the process would be to find out how to go about synthesising the plant material.

The spade and fan ideas are absolute certainties to make millions for whoever goes ahead and mass produces them – and we are giving you the sketch free of charge.

To be fair, a few seconds of googling reveals that the right-angle spade may be in common use in Asia. However, we didn’t see spherical fans like the one we have in mind. We found a slightly similar one, in that it had a spherical grill enclosure, but it was fundamentally different because the blades were a different shape – they “slice” the air like jet engine blades do, rather than sort of “diametrically oppose” it, as ours would.

There’s probably a good reason why no one has made a fan like this, but we can’t work out what it might be.

I’m a big fan of online or cloud-hosted software because downloading and installing applications can be a laborious process. And if the software is new to you and you’re not sure if you’ll like it, it’s better to try it out online before you buy. Finding that it doesn’t work properly can also be a nightmare and waste of money.

A colleague here likes Onshape because it’s online and simple to learn and use – or so he says. There doesn’t seem to a version I can download and install, but that’s alright.

In the above image, my colleague has sketched out our spherical fan, showing the shape of the blades – although they could have been sketched a bit bigger.

Actually, I don’t want to sound mean or ungrateful but these drawings are a bit rubbish, and only slightly better than my sketches. The blades are too small. But at least they’re approximately the right shape.

There’s a lot more you can do in Onshape which my colleague clearly didn’t have time for. Maybe he could’ve tried a few slight variations on the shape of the blades. He could’ve at least tried a few different colours.

Onshape also enables you to actually simulate movement, although not with all the real-world physics data relating to materials and resistance and all that other stuff.

Simulation is growing area which we hope to deal with more extensively in future articles.

You could go one step further and create a prototype using parts obtained through 3D printing and injection moulding, and maybe use a printed circuit board to make it work.

But that takes it a level of complexity that may take us several weeks to complete – and I’m not sure if I’ll have the time.

For now, we hope you can appreciate that we are giving away literally millions of dollars worth of ideas here, and would ask that you consider supporting our site through a subscription.

Thank you very much.