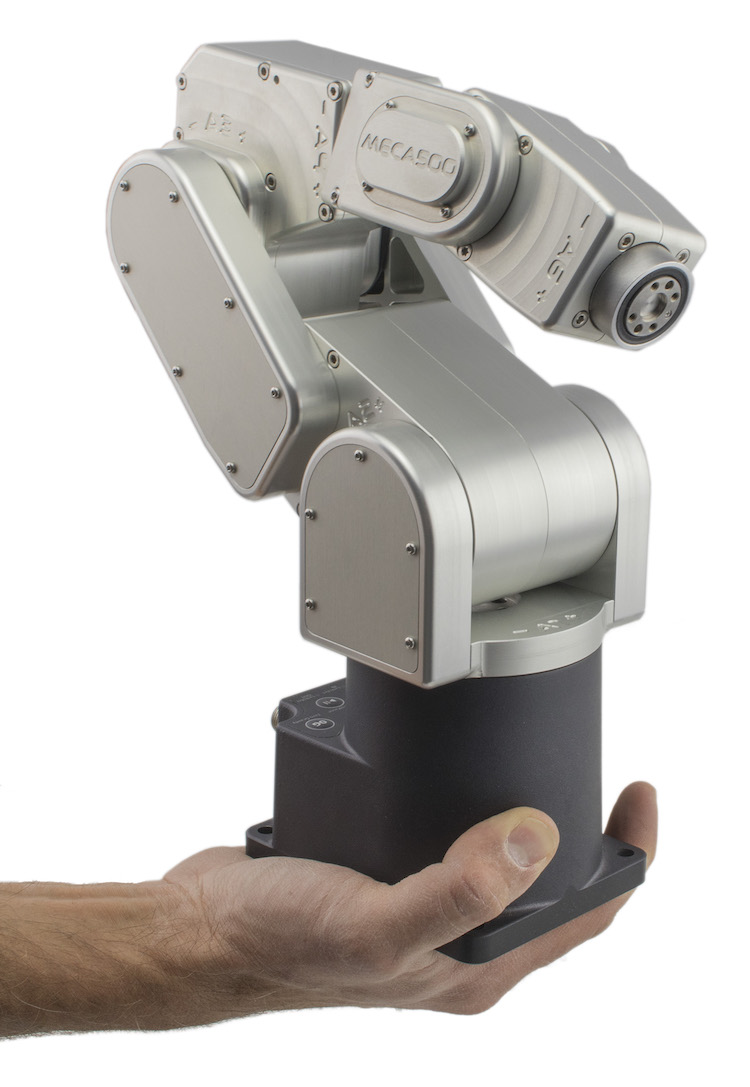 Canadian startup company Mecademic is to showcase the latest generation of its tiny industrial robots at Automatica.

Mecademic says its “ultra-compact and precise robots” as a further sign that the automation industry is seeing innovation.

The company says it is “continuing to push the boundaries of compact industrial robotics”, and will also unveil an “extremely small SCARA robot”.

It adds that the ultra-compact design and integrated controller enables Mecademic’s robots to perform “precise manipulations in the most confined spaces”, which has led to the development of new concepts and highly integrated solutions.

This six-axis robot can handle payloads up to 500 g with an unmatched accuracy of 0.005 mm.

The Meca500 is designed as an automation component, of high quality and accuracy, affordable and easy to use. There is no proprietary robot programming language to learn, but a simple set of instructions.

Introduced to the public in May 2015, the Meca500 has been commercialized since July 2016 and is used for testing, inspection, micro-assembly, dispensing and transfer of materials in small confined spaces.

Mecademic says its robots are already put to work in 20 countries, generally in the electronics and medical device industries.

Mecademic can be found at the Automatica event at stand B5.514.