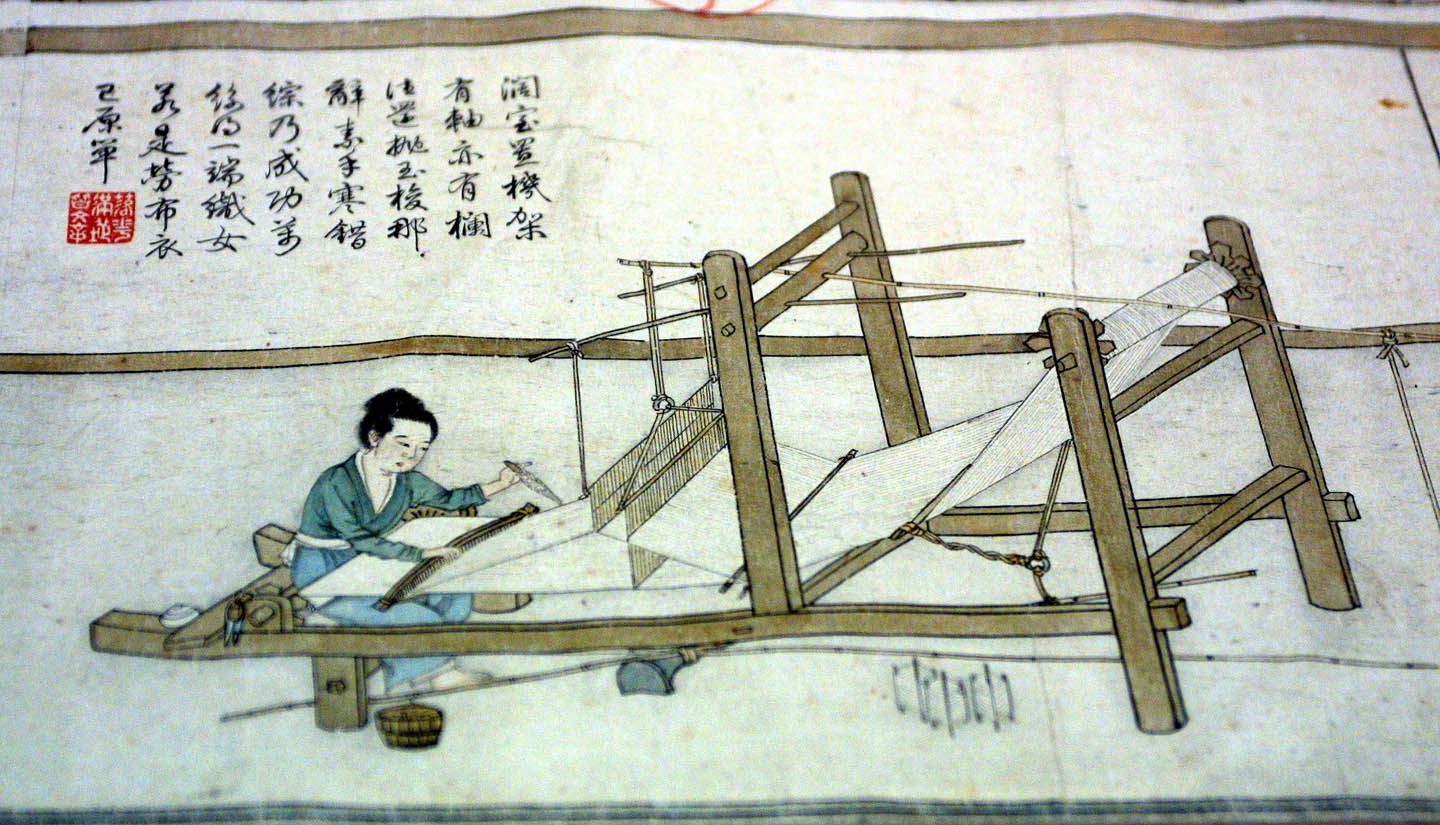 A huge amount has been written already about the so-called Belt and Road initiative or project, but it looks like this is just the beginning.

On the face of it, the Belt and Road refers to a plan to create a logistics network that brings together Europe and Asia with road, rail, and sea routes.

It’s an idea China came up with, and its leaders have made enthusiastic pronouncements about it, even though the project will cost an estimated $1 trillion over the next decade or two. But it’s an open-ended, complex project, so such estimates could just be Communist Chinese propaganda.

The term “Belt and Road” is often used interchangeably with “One Belt One Road”, which is abbreviated to Obor. But whatever term or acronym is used, it means the same thing – the building or upgrading of infrastructure and access routes for smoother transport in Eurasia.

Air routes are less often discussed, but that’s probably because there are fewer challenges there in terms of terrain and border crossings.

Sea routes are also probably relatively straightforward. But road and rail routes are fraught with difficulty and it’s questionable whether anything worthy of the ambitious articulation of the idea is actually constructed.

Of course, each country on the Eurasian landmass has its own road and rail transport network. Connecting them up is also to some extent already done.

What the Belt and Road initiative appears to be suggesting is making that patchwork of connections into a secure, trouble-free network, perhaps with special agreements like the ones that exist between the European Union countries.

EU countries, in principle at least, have freedom of movement rules which allow, for example, trucks and trains to cross borders with minimal fuss.

In practice, it may be more complicated, but achieving any level of coherence or integration across the entirety of Eurasia would be nothing short of historic.

In recent months, the first ever direct train services from China to Europe have completed their planned journeys. But road freight is yet to capture the headlines in the same way.

It may be that there aren’t really many products that could be more suitable for road transport. Meaning, what could China send to Germany, for example, by road that it could not send by plane or train?

There are many questions like these which demand details to be put on the Belt and Road plan, but there does seem to be momentum developing which would, at the very least, bring about significant improvements to the transport infrastructure of Eurasia.

The Eurasian landmass stretches from the east coast of China to the west coast of France. It’s probably the world’s largest landmass so not being able to see the wood for the trees there is probably understandable.

In the past – and we’re talking centuries ago – the Silk Road or Silk Route would be the way for Chinese traders to send their goods to the west, whether that was indeed silk or some other goods popular outside of the country, such as porcelain.

Some people talk of the Belt and Road as the re-opening or revival of the SIlk Road, although the old name was far more interesting.

Generally speaking, the goods exported by China through the ages have tended to be manufactured items. Porcelain and silk may still make its way out of China, but these days, electronic devices are a big part of consignments.

According to WorldsTopExports.com, the main exports from China in 2017 were:

In total, China shipped almost $2.3 trillion worth of goods around the world in 2017.

In terms of its trade with the European Union, China sells approximately double the amount it buys, which, while still creating a big deficit, may surprise some people who might imagine China buys little or nothing from Europe.

Sum of the parts

While the eventual aim is to create better transportation networks across Eurasia, the initial benefit to locals dotted across the entire region would be that their local Obor site will bring in money for construction – this is already happening in some areas.

These construction projects are likely to improve the local infrastructure by upgrading or establishing such things as:

Many or all of these projects would put the Obor idea firmly within the market in which engineering giants such as Siemens operate.

So it’s no wonder then that the Siemens CEO, Joe Kaeser, this week attended a high-powered business conference in China, where he met with many leading companies there.

Siemens signed agreements with at least 10 Chinese companies – mostly from the engineering, transport and infrastructure sectors – relating to a number of areas such as:

The conference was something of an achievement for Kaeser and Siemens, both in terms of its enormous scope and detail.

Such initiative changes the perception of the Obor idea from what some consider a quixotic delusion, or at least an impossibly complex proposition, into a realistic series of business deals.

ABB and many others could be considering similar manoeuvres relating to what may turn out to be lots of Obor projects all across Eurasia, but Siemens seems to have stolen a march on its rivals in this regard.

Kaeser took the opportunity at the Chinese business conference to highlight Siemens’ “vast technology portfolio” which he said places the company in a unique position to help in the Obor project, something he noted has already proved to be a “powerful force for accelerating infrastructure development” in many participating countries.

As well as the Chinese central government lending its weight to the Obor project, there are many satellite organisations working towards whatever goals might be related.

One of them is the Silk Road Chamber of International Commerce, which is a transnational business confederation mainly composed of national commercial associations in the Silk Road regions.

Jordi Yang, who is in charge of publicity and planning for the organisation, says on his LinkedIn page: “The SRCIC has over 110 organizational members from 75 countries, including state-level associations and millions of enterprises affiliated, forming up a community of shared interests, shared responsibilities and a shared future.”

Kings of the long roads

On a reasonably straight road, you’re looking at a 10,000-mile journey between Beijing and Berlin. The manufacturing zones of China are further down south.

By plane, it takes more than 10 hours. By truck, it would take way more than 100 hours of constant driving, and a similar amount of time by train.

There’s probably no feasible reason to take goods by road or rail from Beijing to Berlin, as there are probably closer places where the same goods can be bought from a wholesaler or something.

But that is unlikely to stop people thinking about the idea and wondering how a variety of related issues can be resolved. One of the most important issues is finding people who would drive the truck.

Inevitably, the discussion arrives at driverless trucks, two of which have recently been showcased – one by Chinese company Suning, (pictured above), and the other by German company Daimler, (pictured below).

Other companies such as Otto are developing driverless trucks and autonomous vehicle technology, and it’s quite possible that remote regions of Eurasia will be the first open transport networks traversed by commercially operational autonomous trucks made by these companies.

One of the main issues relating to driverless vehicle technology is safety. Roads are busy everywhere and have a lot of humans on them, either as drivers or pedestrians.

In the mining industry, or on private land, autonomous vehicles are generally not restricted in their operation. It could be that remote regions where very few people ever drive or visit could see the first driverless trucks carry goods through the area.

But driverless does not mean completely lacking in any monitoring. Trucks can be monitored and even controlled from remote locations, from anywhere in the world.

The closer they are to the data connection, however, the better. And this is an area which is also seeing development.

Chinese company Citic Telecom CPC last year acquired a Netherlands-based company called Linx, which gave it access to a data network across many parts of what would be the Obor region (see map below).

Stephen Ho, CEO of Citic Telecom CPC, says in an interview with Robotics and Automation News that the growth of the logistics network envisioned in the Obor project will necessitate faster and more reliable data connections, although not necessarily because of autonomous vehicles.

Driverless vehicles need to make split-second decisions while on the move, which makes onboard computers essential – a remote connection would not be fast enough.

However, they will still need good internet connections for many of the other functions, as will many companies and people all across the Obor network.