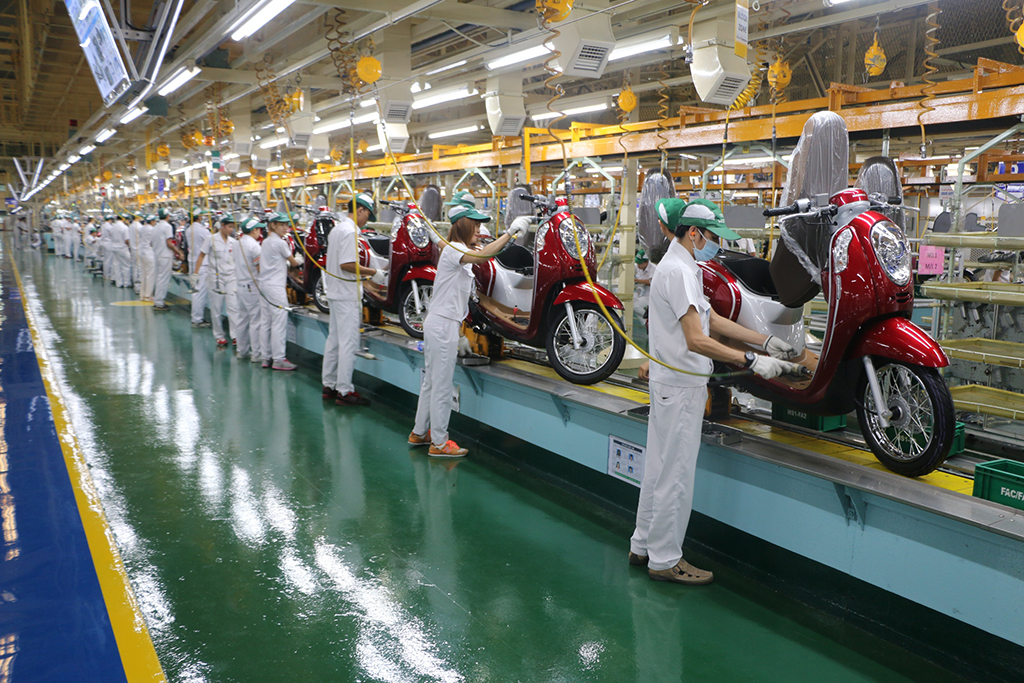 Thailand and South Korea have been working closely to increase bilateral trade and investment.

The two countries are among the largest manufacturers of advanced technological products in the world.

Overall, when all manufacturing is taken into account, South Korea is approximately the fifth-largest manufacturing nation in the world, while Thailand is within the top 20.

As Thailand moves along the path towards achieving its “Thailand 4.0” model, through increasing internet connectivity based on the Industry 4.0 model, the country’s authorities are saying “tremendous opportunities” are opening up.

These opportunities “match well” with South Korea’s intention to expand investment in Southeast Asia, they add.

At a recent seminar, Korea-Thailand 60th Anniversary of Diplomatic Relations: Maekyung Thailand Forum, more than 180 representatives from leading South Korea corporations and over a hundred representatives from Thai public and private sectors, led by Thailand Board of Investment, Ministry of Industry and Ministry of Digital Economy, were exchanging information and discussing investment opportunities between the two countries.

Deputy Prime Minister Dr Somkid Jatusripitak, said: “Plenty of opportunities are lying ahead for both countries.

“This is the right time for Thailand and South Korea to tighten their relationship and become trade partners considering improved economic development trend in Thailand, and many infrastructure project developments in the country.

“We hope that Korea’s expertise in technology, innovations, research and development is crucial to support this transformation.

“There is a lot that we can learn from South Korea. At the same time, there are plenty opportunities for South Korean investors to invest in development projects and advanced industries in Thailand.”

Paik Un-gyu, minister of trade, industry and energy of Korea, echoed this idea. He said at the seminar that South Korea and Thailand have great opportunity to become trade partners.

South Korea’s strength in many industries identified as targeted industries by the Thai government include automation, smart automotive, energy, digital technology, and other technologies can help Thailand to achieve its 4.0 goal.

Kwon Pyung-oh, president and CEO of Korea Trade-Investment Promotion Agency, added that Korea has been making full-scale efforts to cooperate with Asean through its “New Southern Policy” while reducing its trade dependence on the US and China.

In this respect, South Korea has shifted its focus to Asean. With Thailand being an economic and logistic hub of Asean, South Korea views Thailand as an “interesting investment destination”.

In an attempt to attract more investment, the Thai government has made a number of improvements both in terms of infrastructure and ease of doing business.

In terms of infrastructure and investment magnets, the government has invested heavily in:

the construction of dual track and high-speed train system;

the development of seaports and airport on the eastern coasts;

the development of the Eastern Economic Corridor which will become a new investment and manufacturing hub of the region; and

the promotion of human resource development to ensure sufficient skilled labor to meet the challenge of increasing demand.

In terms of ease of doing business, many improvements have been achieved.

Dr Kobsak Pootrakul, minister attached to the Prime Minister’s Office, said: “In the past four years, the government has made significant improvement in four major areas.

“We have reformed the way the government works. We have tried to reduce legal limitations.

“We have simplified application process for permits and licenses. And, we have significantly improved the logistics system.”

He added that the government has successfully shortened time spent on new company registration process from 27 working days earlier to only four working days at the moment.

The government has introduced “Smart Visa”, which combines visa and work permit together, and significantly reduced the number of required documents for Smart Visa application.

Many outdated laws were amended to support new ways of doing business. At the same time, digital infrastructure and related laws have been improved to ensure more convenient and efficient digital transaction and business process.

In addition, Thailand Board of Investment says it has “continuously improved its promotion incentives”.

The most recent improvement includes the extension of maximum tax holiday period from eight years to 13 years on investment projects in targeted industries, 50 per cent corporate income tax reduction for up to five years in special investment promotion zones, exemption of import duties on materials for research and development purposes, and other initiatives.

The Thai government’s efforts to transform the country into the digital economy have been welcomed by attending Korean business people.

The seminar also discussed investment opportunities in various industries, such as petrochemicals, aviation, transport and services.

Kim Young-ju, CEO of the Korean International Trade Association, said: “We appreciate the long-term relationship between Thailand and South Korea.

“Today, it’s a good opportunity that we share our concerned with the Thai government and at the same time explore together more investment opportunities.

“A lot of Thais love Korean culture. We have seen more Korean language schools in Thailand. This means good news to us. Now, we can expect more human resource exchange in the future and, of course, more business and mutual growth.”