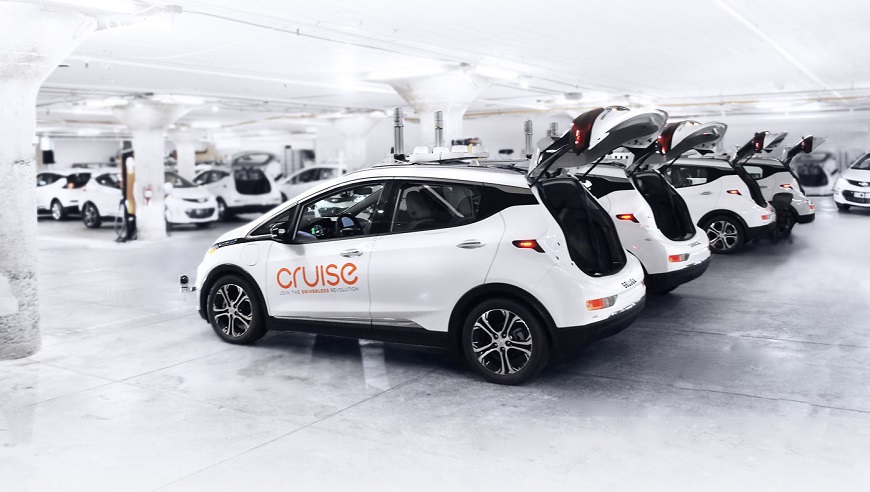 Cruise Automation is a startup company acquired by General Motors two years ago.

In some ways, this is a surprise move by SoftBank. The Japanese telecommunications giant has previously invested in other sectors of the robotics market.

It currently owns humanoid robots Pepper and Nao, partly through investing in startup companies such as Aldebaran.

It also bought the famous Boston Dynamics from Alphabet, parent company of Google.

Boston Dynamics makes highly advanced humanoid and canine robots which routinely terrify the world by demonstrating awesome capabilities such as:

It’s not so much what they do that terrifies, it’s more the way they do them – they look uncannily realistic or natural in their movements. Creeps people out no end.

Anyway, so SoftBank’s new investment into driverless cars is slightly outside the previous area of technology although still within the automation and robotics sector.

However, driverless cars are only slightly less unsettling for a lot of people than Boston Dynamics’ machines.

Many people still do not accept the idea of totally driverless cars taking up space on roads alongside human-driven cars.

However, automakers are thinking long-term, convinced that eventually, society will find a way to accommodate driverless vehicle technology.

According to the Wall Street Journal, SoftBank and Alphabet have both made separate deals with traditional automakers.

Alphabet’s driverless car unit Waymo is said to be ordering more than 60,000 vehicles from Fiat Chrysler.

This follows the tech company’s licensing a couple of years ago of its in-car self-driving technology with Fiat Chrysler.

Fiat Chrysler integrated what was at the time simply called Google’s self-driving technology into its Pacifica hybrid minivans, as reported by Robotics and Automation News at the time.