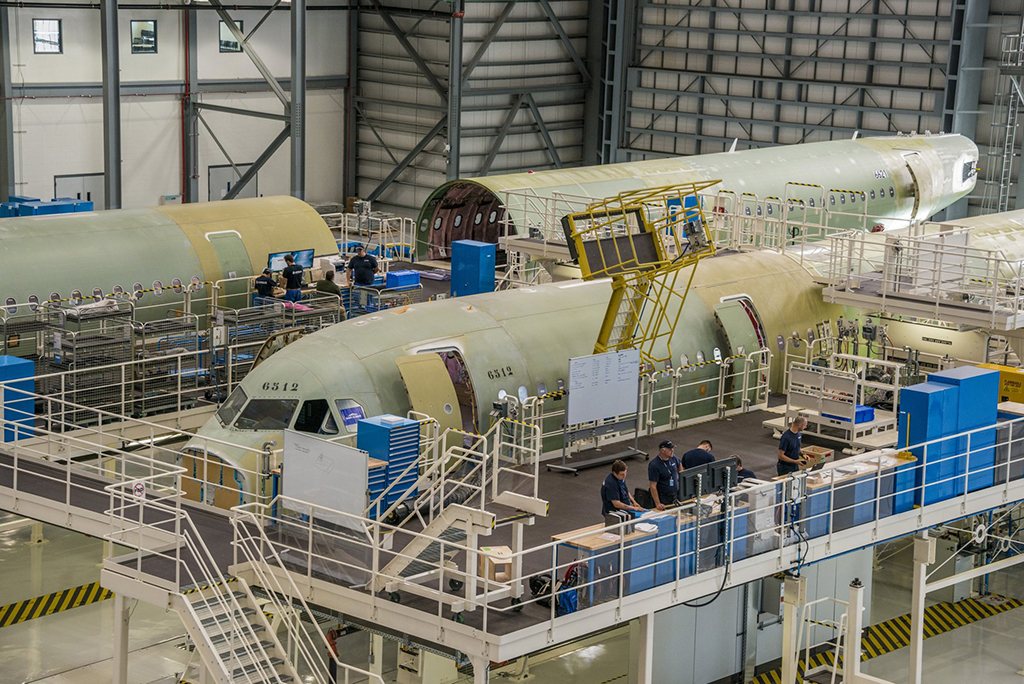 The new president of Airbus says he will accelerate the adoption of the latest automation technologies in an effort to increase productivity at the company.

In an interview with news agency Reuters, Guillaume Faury, says he believes new technologies would “transform aircraft factories” in the coming years.

These new technologies include robotics, automation and digitalisation, all of which will bring about the higher productivity that would be required to meet “strong” demand for its jet aircraft.

Faury says many of the manufacturing methods being used today were not designed with new technologies in mind.

The factories which produce A320 aircraft, for example, were set up around 30 years ago and were not configured for mass production.

The company currently manufactures approximately 600 planes a year, which is considerably more than originally envisaged.

Faury told Reuters that Airbus’ production system was “designed at a time when this level of production was not even dreamed of”.

Airbus and Boeing totally dominate the global aircraft manufacturing market, each controlling slightly less than 50 per cent, with other manufacturers taking what’s left.

As to who is in the lead, it depends on who you ask. Certainly, Airbus will say it is beating Boeing and Boeing will claim it is trouncing Airbus.

The competition is fierce.

The two planes the companies are fighting to promote are the Airbus A320 and Boeing 737, and efficient production strategies may decide who is the leader going forward.

Faury revealed to Reuters that Airbus engineers are adopting what they call a “flow production” method rather than what they say is a slower workshop-type model.

Faury reportedly told Airbus staff in a memo seen by Reuters that he plans to eventually overhaul a manufacturing system that belongs to a “bygone age”.