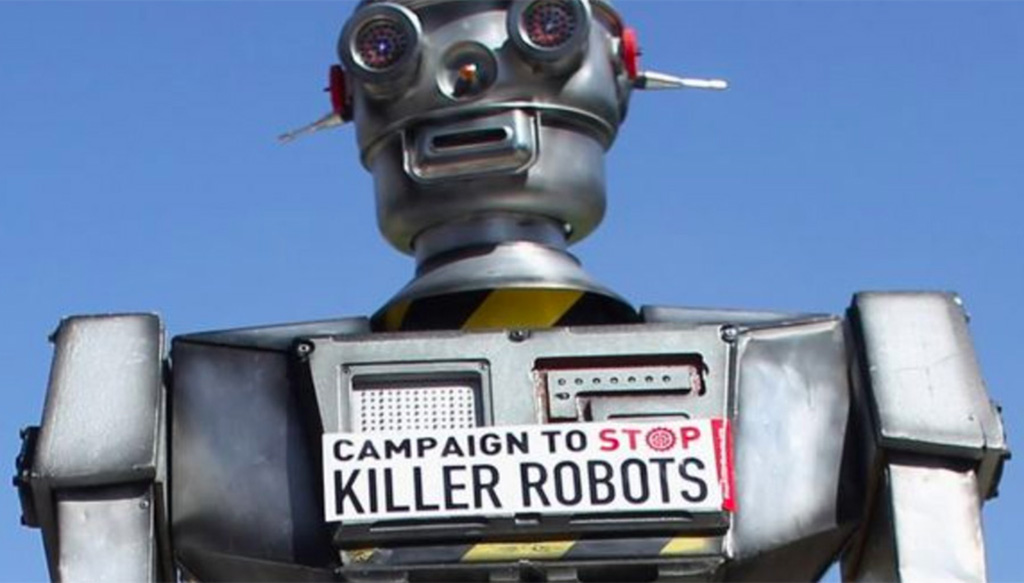 The reason why we have not yet found life on Mars, or anywhere else in outer space, is because a whole load of psycho alien killer robots wiped them all out.

That is the considered opinion of scientist Alexander Berezin of the National Research University of Electronic Technology.

Particle physicist Berezin suggests psycho alien killer robots from an undetermined origin is the most likely explanation for something called “the Fermi paradox”, named after famous scientist Enrico Fermi.

The Fermi paradox basically refers the fact that even though the universe is so huge that it seems highly likely that there must be life somewhere other than just on Earth, no one has declared any proof of their existence.

While some may swear blind that they have seen or even been abducted by aliens, their is no conclusive proof that the majority of the public can openly agree on.

So, Berezin suggests, there can only be one possible explanation: genocidal, insane, blood-thirsty, psycho alien killer robots.

Actually, to be fair to Berezin, he does not attribute any psychopathic or genocidal qualities to the killer robots. In fact, he says their wiping out of all life in the known universe was probably just an oversight.

And when it comes to life on Earth, Berezin says his theory “predicts a future for our own civilisation that is even worse than extinction”, although he doesn’t say what could possibly be worse than not existing at all.

In any case, the total annhiliation of all life in the universe will probably be the result of absent-mindedness on the part of the robots.

“I am not suggesting that a highly developed civilization would consciously wipe out other lifeforms,” writes Berezin in an academic paper, quoted in the Metro newspaper.

“Most likely, they simply won’t notice, the same way a construction crew demolishes an anthill to build real estate because they lack incentive to protect it.”