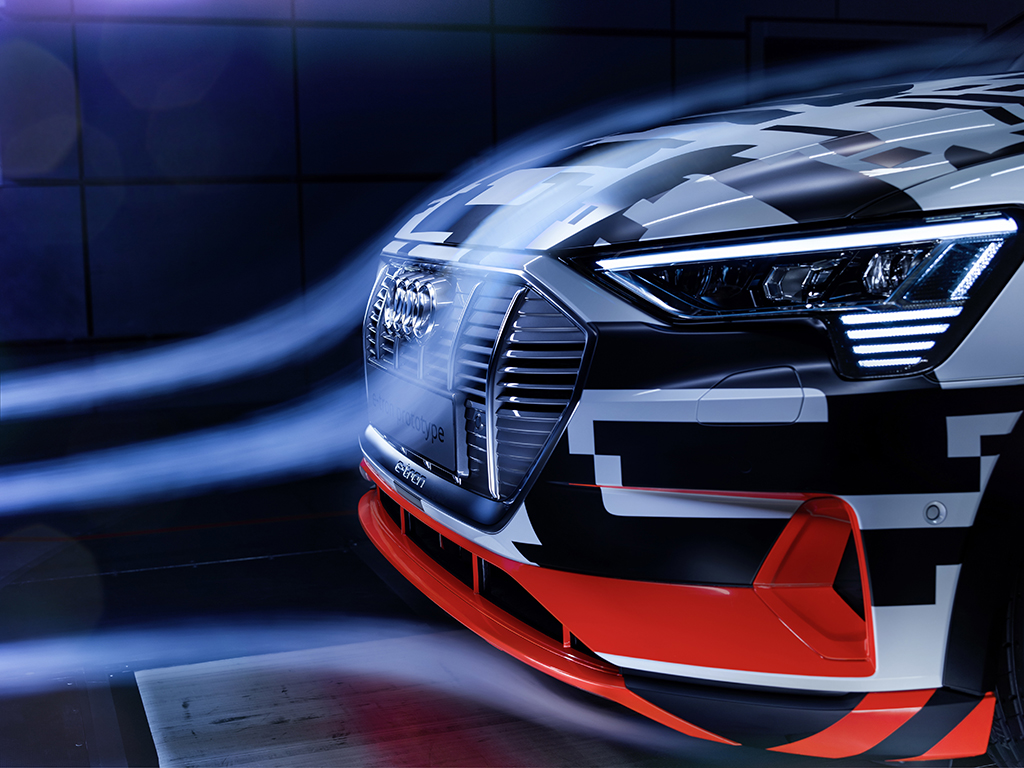 Side mirrors on cars can sometimes be bothersome, especially if you are driving through a very narrow space in, for example, a car park or something.

The chances of your side mirror making contact with another vehicle or some part of the building are obviously higher than any other part of your car – except maybe the front and back bumpers.

The idea of dispensing with side mirrors has probably occurred to many people before.

Perhaps they could be replaced with cameras in the rear lights, just above the bumper.

These days, many cars have rear lights located higher up, near the top of the car. If cameras were positioned in among those lights, they would obviously provide a higher and broader view.

Regulations may prevent this, however, because some people might think relying totally on cameras is more risky than using mirrors and the human eye.

But removing the humble side mirror might free up car designers to make vehicles slightly wider or do other things their creative minds can conjure up.

Audi is often first with innovations of this type, and many others. It is credited with advances in painting many years ago that were eventually adopted by the rest of the automotive industry.

In recent years, it has been showcasing more of its ideas for “virtual dashboards”, which probably will be the way all dashboards will eventually be.

Why bother with all those fiddly buttons and things? They’re more difficult to manufacture and probably less enjoyable to use than a touchscreen, or even one that responds to gestures and voice.

In its latest development, Audi has demonstrated a prototype of its electric vehicle, called e-tron (see pictures), which feature what the company calls “virtual exterior mirrors”.

Audi claims this is the first time virtual exterior mirrors have been integrated into a volume-production car, and is planning to offer them as a high-end option.

Basically, they look like regular side mirrors, except they are much smaller and use cameras instead of mirrors.

Audi appears to be motivated by wanting to make its cars more aerodynamic – another engineering feature it is famous for.

The company says the new e-tron is designed within a “sophisticated aerodynamics concept” and has drag coefficient of 0.28, which is at the very low end of the scale.

In fact, this probably makes the e-tron one of the most aerodynamic cars in the world.

Among other cars that are in the 0.3 range are the Mercedes-Benz CLA 250, Volkswagen Bora, and Toyota Corolla.

The better an electric car’s aerodynamics, the further it travels. With a drag coefficient of 0.28, Audi claims its e-tron prototype achieves a “top result” in the sports utility vehicle segment.

Audi says this figure is a “decisive factor” in the everyday range of more than 400 kilometers (248.5 mi) in the WLTP cycle, a test standard.

The virtual exterior mirrors constitute one highlight in the aerodynamics concept of the all-electric premium class model.

Endurance tests in the wind tunnel

In front of the low-noise rotor measuring around five meters (16.4 ft) in diameter, the Audi e-tron prototype stares into the eye of the hurricane.

On the aeroacoustics test rig in the Wind Tunnel Center in Ingolstadt, the world’s quietest vehicle wind tunnel, the Audi engineers optimize drag and noise under extreme conditions.

The Audi e-tron prototype was put through over 1,000 hours of testing here.

The result: a drag coefficient of 0.28. Customers benefit directly from this low figure as drag contributes decisively to the high range of more than 400 kilometers (248.5 mi) in the WLTP cycle.

A hundredth of the drag coefficient figure represents a range of around five kilometers (3.1 mi) driving under everyday conditions.

On long journeys where the Audi e-tron prototype is perfectly at home, the drag constitutes the key driving resistance – far more important than the rolling resistance and inertia.

The energy is lost which the car needs to overcome this resistance.

That is why good aerodynamics are so important. In urban traffic, however, other factors come into play.

Here an electric car can recover a large part of the used energy when braking, thereby reducing the importance of its mass.

To achieve the drag coefficient of 0.28, the Audi engineers developed a wide range of aerodynamics measures in all body areas.

Some of these technical solutions are evident at first glance, while others fulfill their purpose hidden away from sight.

Thanks to these solutions, the drag coefficient for the Audi e-tron prototype is almost 0.07 less than for a comparable, conventionally powered vehicle.

With a typical usage profile this set-up increases the range by around 35 kilometers (21.7 mi) per battery charge in the WLTP cycle.

The optional virtual exterior mirrors will be making their world premiere in the volume-production version of the Audi e-tron prototype.

They are much narrower than the standard mirrors: They reduce the vehicle width by 15 centimeters (5.9 in) and, thanks to their new shape, not only reduce drag, but also noticeably cut the nonetheless low wind noise.

Each of their flat supports integrates a small camera. The captured images appear on OLED displays in the transition between the instrument panel and door.

Another important factor is the standard adaptive air suspension – a pneumatic suspension with adjustable damping.

The underbody of the all-electric SUV is fully enclosed; the front and rear area are fully paneled.

Underneath the passenger cell, an aluminum plate protects the high-voltage battery against damage from below, such as stone chipping or curbs. Its bolting points come with bowl-shaped indentations, similar to the dimples on a golf ball.

They make the air flow much better than a totally flat surface, explains Audi.

When shut, the air in this area flows with virtually no swirl. As soon as the drivetrain components need cooling or the air conditioning condenser requires ventilation, the top louver opens first and then both louvers.

When the hydraulic wheel brakes are subject to high loads, the controllable cool-air inlet opens and releases two ducts which channel the cooling air into the front wheel arches to the brakes.

The side air inlets at the front of the Audi e-tron prototype incorporate additional ducts, which are clearly visible from outside, to the wheel arches.

They channel the airstream so that it flows past the outside of the standard aerodynamically optimized 19-inch wheels. Their design is flatter than with conventional wheels.

The 255/55 size tires stand out with their ultralow rolling resistance. Even the tire sidewalls add to the aerodynamic design – the lettering is negative instead of raised.