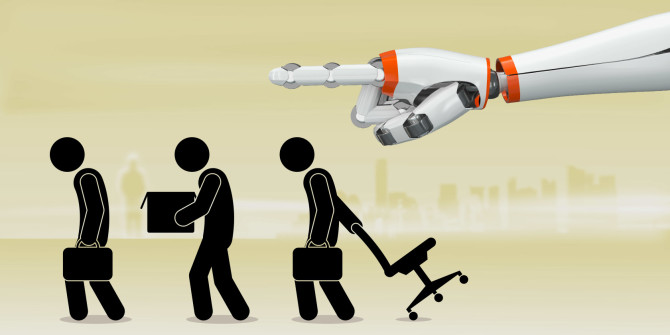 Some people say robots will put millions of people out of work and even enslave and kill us all, but that’s a little bit hysterical really.

What looks realistic is that robots will continue to make working life easier and more manageable for humans.

Yes, of course, some jobs may disappear for humans because robots will do them, but hopefully, they will mostly be the dull, dirty and dangerous jobs humans would generally rather not do anyway.

So that’s a good thing. But the enslaving and killing us all is not such a good thing. We will just have to wait and see what happens with that.

But it’s probably a good idea to stay positive because things may not turn out to be as bad as we might fear – maybe they’ll stop at enslavement.

According to one of the world’s largest recruitment consultancy companies, ManpowerGroup, robots may actually find benefits to letting us live.

Far from being useless eaters, humans could actually prove to be quite productive in some ways.

A survey carried out by ManpowerGroup has listed some of the skills that humans are good at and robots are rubbish at – no offence to any robots.

The list of human skills that may prove to be beyond the greedy and demented grasp of the psycho-robots include:

In what could be described as a prejudicial, anti-robot title, Manpower has called its report Robots Need Not Apply: Human Solutions for the Skills Revolution.

While some robots may complain about it in the future, for the time being, Manpower is confident in its postulation.