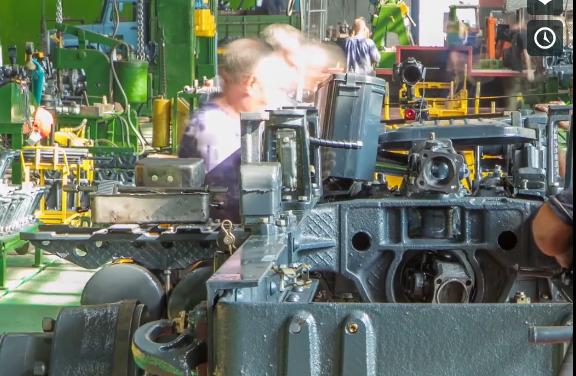 Even after decades of advancement in robotics and automation, humans are still the biggest contributors to value creation in manufacturing.

Yet, the techniques to measure human activities in the factory are 100 years old—dating back to the time of Henry Ford—and impossible to perform at scale.

Humans in the plant are effectively invisible to analytics. Major manufacturing business decisions are based on incomplete and unreliable data.

To address this challenge in the $12 trillion global manufacturing industry, Drishti has raised $10 million in Series A funding, with Emergence Capital leading the round.

Drishti was founded in 2016 by CEO Dr. Prasad Akella, who transformed manufacturing in the 1990s as the leader of the General Motors (GM) team that created the world’s first collaborative robots (cobots), projected to be a $12 billion market by 2025.

Joining Dr. Akella in this endeavour are co-founders Dr. Krishnendu Chaudhury, a computer vision and machine learning pioneer who previously worked at FlipKart, Google and Adobe; and Dr. Ashish Gupta, a serial entrepreneur and co-founder of Junglee (AMZN), Tavant, and Helion Ventures.

“People are Industry 4.0’s biggest blind spot,” said Dr. Akella. “Drishti, in contrast, puts people at the centre of the next industrial revolution. Our mission is to extend human capabilities in an increasingly automated world.”

“Drishti has an opportunity to build a transformational human-centric AI business in manufacturing, one of the world’s largest and most important industries,” said Jason Green, General Partner, Emergence Capital.

“Their solution augments human agility and judgment with cognitive assistance from AI, merging them into what we at Emergence call an ‘industrial coaching network’.”

Drishti is a spin-out from SRI International and is supported by a Small Business Innovation Research Grant from the US National Science Foundation.