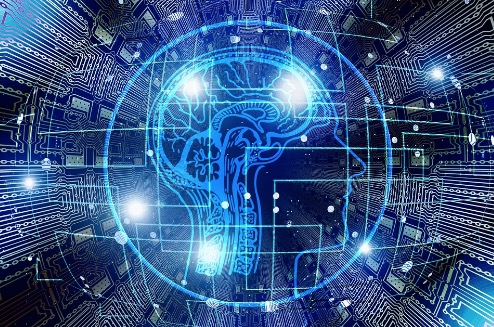 Artificial intelligence is taking over many areas of life, and it’s not exactly surprising why. Having the capability to process massive amounts of data holds considerable potential for a lot of parties.

Entire governments are funnelling billions into developing powerful AI, which can give them an edge over other nations. Not to mention the tech giants that are also doing the same thing for the same reasons.

The fact of the matter is that AI is now synonymous with power, both for countries and businesses. Those who can take advantage of it have the opportunity to stay ahead of their competitors and thrive in the coming decades if they start travel procedures now. Doing so, however, requires keeping a few aspects of AI in mind.

Machine learning, as the name might have already given away, is all about teaching machines about certain subjects for various purposes. Examples include the development of smart assistants and in the creation of data-processing and analytics algorithms.

Basically, machines are being taught to become smarter and more capable of thinking contextually, which can be a huge boon for businesses. Companies that plan to integrate automation into their businesses, for example, will find machine learning to be a worthwhile investment. It’s not just one of those pretty little thing projects that don’t go anywhere.

Arguably one of the likeliest to areas where AI will play a major role in shaping the future of the business and financial industry, many sectors will start using automation for all kinds of things over the next decade. Automation can be applied to manufacturing, food & beverage, customer care, telecommunication, and even in transportation.

In fact, there will hardly be any industry that automation won’t touch, even ones that would have been inconceivable when the concept of AI was thought up. For example, machines are now capable of writing pieces of literature such as stories and news articles. They are not perfect yet, but they are learning fast. Some robots are even capable of cooking now, putting food service professionals at risk of becoming irrelevant.

Object detection, facial recognition, pattern recognition, and obstacle avoidance, these are just some of the things that AI is now being developed for. These are also the things that car companies, security firms, and financial analytics groups are working hard to incorporate into their own products and services.

Manufacturers like Tesla are working on refining their Autopilot system, for example, which would allow its cars to drive anywhere remotely even without a driver behind the wheel. Apple is working on improving its Face ID system even further, which already has a variety of excellent features to offer to customers such as unlocking the iPhone X through facial recognition. These are just some of the examples of how this particular aspect of AI is already impacting business now.

Even with all of these AI aspects combined, however, the ultimate goal of researchers is to create actual, true AI. This is basically the kind of AI that is capable of contextual thinking, which is where the machine is can understand scenarios or situations much like humans could. This is what governments like Russia and China are working towards.